Trent Grisham is a well-known American professional baseball player. Grisham started his professional MLB career in 2019 after being drafted in the 2015 MLB draft by Milwaukee Brewers. Trent won the Gold Glove Award in the 2020 season. Grisham currently plays for the San Diego Padres as a baseball outfielder.

Trent Grisham was born Trenton Marcus Grisham Clark on November 1, 1996, in Fort Worth, Texas. He is among the two children born to Michelle Grisham and her former husband. Trent has a brother named Tate. After graduating from Richland High School, Grisham committed to play for Texas Tech University. Talking about his physical appearance, Trent stands five feet and eleven inches tall and weighs 93 kg.

Trent Grisham's Net Worth in Millions

Trent Grisham has an estimated net worth of more than $1 Million. The median salary of a baseball outfielder in the states is more than $3 Million. Trent has just started his professional career and will be making millions in the future. Grisham has an annual salary of $575,000 with the Padres. Trent looks after the ball after striking the ball SOURCE: Gaslamp Ball

Trent walked down his wedding aisle along with Megan Alexa Grisham in January 2020. The love birds had been dating each other for several years before the marriage. As per sources, they met each other in High School and have been together since then. Grisham first posted with Megan back in September 2014. 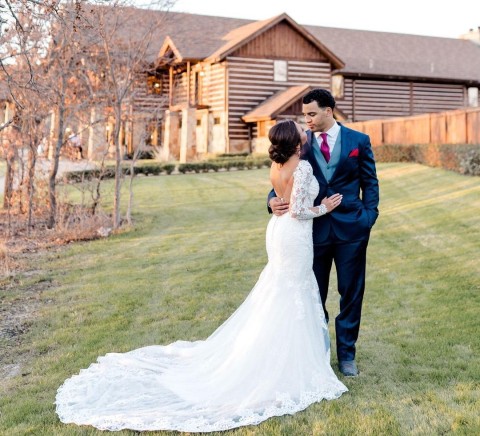 Trent shares a photo with his wife, Megan of their wedding SOURCE: [email protected]

In January 2020, Trent and Megan had a private and beautiful wedding ceremony in The Springs Event Venue in Angleton, Texas, in the presence of close friends and relatives. They got engaged in December 2019 when Trent proposed to her in Fort Worth, Texas. As per sources, Megan is a professional actress and studied Theatre Performance and is a graduate of Baylor University with a Bachelor of Fine Arts. The duo has yet to share information about having a baby. As both are very early in their careers, they must be looking forward to making a good career and starting a family.

Grisham played baseball and football in his High School days. He played with the 18-under Team USA team during the summer after his junior year. After graduating from High School, Trent committed to Texas Tech University. He listed his name for the 2015 MLB draft and was considered among the top prospects.

Milwaukee Brewers drafted him in the 15th pick in the first round. He spent his early days with Arizona League Brewers. In August 2019, Brewers promoted him to the Major league and debuted against Oakland Athletics. Brewers drafted him along with Zach Davies to the San Diego Padres. In 2020, Trent won the National League Gold Glove Award as a centerfielder.