Michael Cuddyer is an American retired baseball outfielder who played in Major League Baseball (MLB) for fifteen seasons long with the Minnesota Twins, Colorado Rockies, and New York Mets. A 2X MLB All-Star, he won a Silver Slugger Award in 2013, when he led the National League in batting average.

Norfolk, Virginia native, Michael Cuddyer was born on 27th March 1979, under the star sign Aries. He is the son of Henry Cuddyer and Marcia Harris and has a sister named Katie. He has been deaf in his left ear since he was eleven years old. The forty-two years old holds an American nationality and is of white ethnic background.

How Much Is Michael Cuddyer's Net Worth In 2021?

As of 2021, Michael Cuddyer's net worth is $35 million. The significant source of his income is his fifteen years long MLB career.

Michael Cuddyer's Wife: Is He Married?

Michael Cuddyer is married to Claudia rente, an English teacher. The couple tied the knot on 11th November 2006. 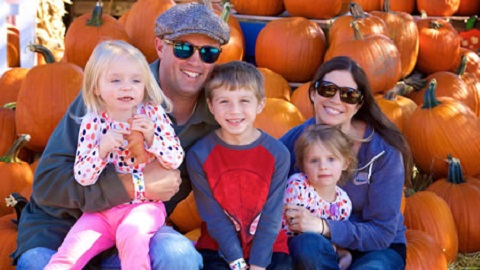 In the 1997 MLB Amateur Draft, Cuddyer was picked by the Minnesota Twins in the 1st round. However, he did not sign until August.

Initially, Cuddyer committed to play college baseball at Florida State after the Twins increased the signing bonus from $700,000 to $1.3 million.

The following year, he made his professional debut when he was assigned to the Fort Wayne Wizards in the single-A Midwest League.

Making progress through the Twins' minor league system, Cuddyer made his MLB debut on 23rd September 2001.

During 2004, Cuddyer started to see more time in the majors in the infield, playing second and third base.

In 2005, he underwent surgery to repair a tear in his right lateral meniscus. Then the Twins extended his contract for one more season. Before the 2008 season, Cuddyer agreed on a three-year extension with an option for 2011.

On 16th December 2011, Cuddyer signed a three-year with the Colorado Rockies. In 2013, he recorded a personal best with a 27-game hitting streak, the longest in Rockies history to that point.

On 10th November 2014, Cuddyer signed a two-year contract with the New York Mets. The following season, he appeared in the first World Series of his career.