Megan Khang was born on October 23, 1997, in Brockton, Massachusetts. She is among the five children born to Lee Khang and his wife, Nou Khang. Khang, along with her four siblings and her parents, immigrated to the United States to escape from the Vietnam War's height. Megan graduated from  Rockland (Massachusetts) High School and has verbally committed to attend Vanderbilt University. Talking about her physical appearance, Megan stands five feet and one inch tall and weighs over 50 kgs.

Khang has an estimated net worth of more than $2 Million. Megan has accumulated most of her fortune through her successful career as a professional golf player. She has earned a reasonable sum through her sponsors like UKG, Tournament Solutions, Kronos, and a few more. 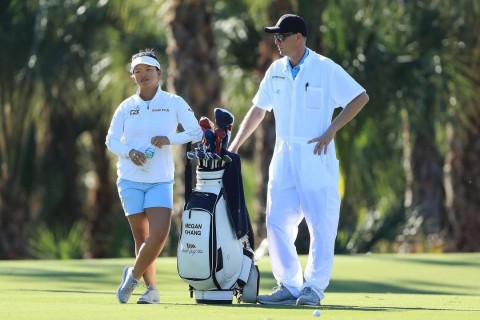 Megan has been sponsored by several brands SOURCE: [email protected]_khang

In 2018, Khang earned $614,000 from twenty events. The following season, She made more than $650,000, which remains her highest-earning in a single season. Megan is very much early in her career and shall be earning much more in the future.

Megan is active on social media. She keeps posting photos of her games and her vacations regularly. Following her posts, It seems like Megan is in a romantic relationship. However, Khang is yet to share information about the person. The golf player spends most of her free time training and with her family. The golf player is very close to her family.

Brockton Native Megan started playing golf at the age of five. She won numerous events and tours in her amateur career. Khang rose to fame after qualifying for the 2012 U.S Women's Open. She made her professional debut in 2016 after finishing T-6 in qualifying Tournaments.