Kristen Gillman is a rising American professional golf player. Gillman has been playing at the professional level since 2018. She is currently playing in the LPGA tour and played in Symetra and Futures Tour before joining LPGA. Kristin won her second  U.S. Women's Amateur in 2018. She had won the title back in 2014.

Kristen Gillman was born on September 22, 1997, in Austin, Texas. She is among the three children born to Mark Gillman and his wife, Laura Gillman. She has two sisters, Emily and Jessica. Kristen holds an American nationality. After graduating from Lake Travis High School, Gillman enrolled at the University of Alabama and completed her bachelor's degree in communications.

Kristen started playing golf from middle school. She won numerous awards while she was still in High School. Gillman rose to fame in 2013 when she finished third in the 2013 Junior PGA Championships. Kristen won the 2014 U.S. Women’s Amateur Championships beating top-ranked amateur golf players in the following season. Megan Khang is another rising American professional golf player who turned professional in 2015. 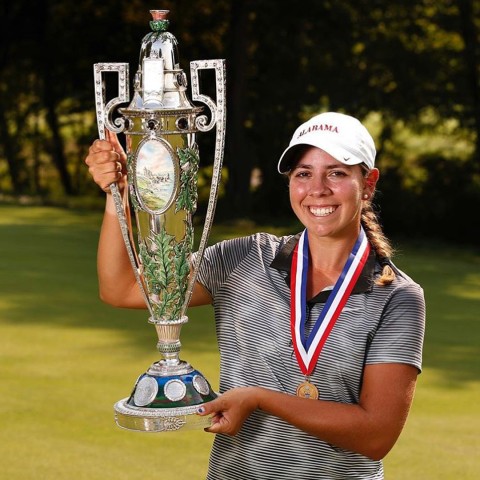 Kristen also finished her 2014 season, winning the 2014 Junior PGA Championship. She was selected in  WGCA All-America in 2017 and 2018 for the University of Alabama. In 2018, Gillman won her second U.S Women's Amateur Championship title. The golf player was a member of the 2018 U.S Curtis Cup and Palmer Cup Team.

Shortly after her graduation in 2018, Kristen finished T13 at the inaugural LPGA Q-Series to earn Priority List Category 14 status for the 2019 season. She ranked in the top 10 on Tour in eagles with 11 and putting average in her rookie year. At the end of the season, Gillman ranked second in the Louise Suggs Rolex Rookie of the Year standings. The golf player made cuts in twenty-two events out of twenty-six events played.

Kristen Gillman has an estimated net worth of more than $500,000. She must have earned much of her net worth through her career in golf. She is very much early in her career and is ranked among the highest prospects in the upcoming days. In her rookie year, Gillman took home $492,466 as her prize money from twenty-six events.

When many events got halted by the COVID pandemic, Kristen earned $215,000 from fifteen events in 2020. She recorded a season-best T8 at the Volunteers of America Classic. Gillman must be making a reasonable amount from her sponsors.

Kristen's relationship status is single as of early 2021. She is happily living a single life. Gillman spends most of her free time swimming and exploring new places. She spends a lot of her time with her family and friends. The golf player is very much early in her career.