Matthew Wolff is an American professional golfer who plays on the PGA Tour, was an NCAA All American at Oklahoma State University, and the 2019 NCAA Division I individual championship. His highest ranking 12 was on October 11, 2020. Wolff's best results in major championships include T4 at PGA 2020, a 2nd position finish at US Open 2020, and the Haskins Award 2019.

Wolff was born on April 14, 1999, in Simi Valley, California. He grew up in Agoura Hills and started playing junior golf at the Lake Lindero County Club's Lindero Kids Summer Sports. He picked up his first win on the PGA Tour at the 2019 3M Open.

A student of Westlake High School, Wolff finished runner up at the 2017 US Junior Amateur Golf Championship. He committed to play collegiate golf for Oklahoma State and in his first year with the college, earned four runners-up, first-team All American honors, and the Phill Mickelson Award as the nation's top freshman.

Matthew began his sophomore year with back-to-back stroke play titles at the Carmel Cup and the OFCC Fighting Illini Invitational. 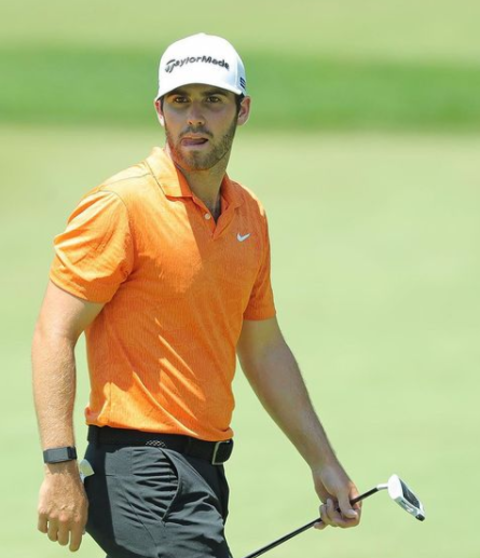 He made his PGA Tour debut at the 2019 Waste Management Phoenix Open. He marked his professional start at the Travelers Championship in 2019. On July 7, 2019, he earned his first PGA Tour victory at the 3M Open at TPC Twin Cities in Blaine, Minnesota. While doing so he edged out Colin Morikawa and Bryson DeChambeau. The victory brought him a two-year PGA Tour exemption. With that feat, he became the first player since Billy Hurley III in 2016 to win after receiving a sponsor exemption.

He also joined Tiger Woods and Ben Crenshaw to become one of only three players to win an NCAA title and PGA Tour event in the same calendar. In August 2020, he finished in a tie for fourth place at the PGA Championship. The same year, in September, he led the US Open at Winged Foot by two strokes. As of June 2021, his 2021 PGA season entails ten cuts, two top 10 finishes with an average score of 71.2 coming from 666 holes and 37 rounds.

The 2019 PGA Tournaments saw the then 20-year-old Wolff competing in a total of eight events of which he made cuts in six. With his 3M Open win, he received around $1.152 million in prize money, also his biggest of the year.

Woff made an additional $238,433 after being eligible for the payouts on five different occasions. That season, he made a combined $1.39million allotted exclusively from the cash prizes. 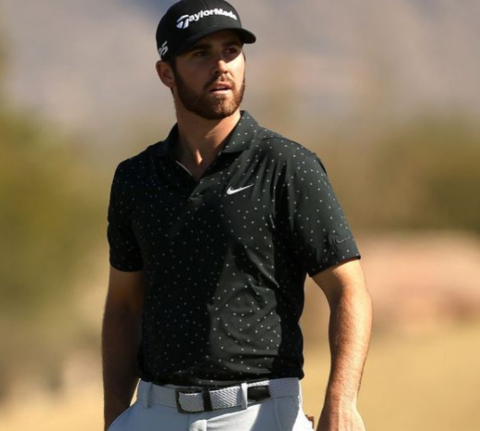 The 2020 campaign brought him $2.2 million coming from the 16 money distributions. That year, his biggest takeaway came on July 5 when he grossed $800,000 finishing second at the Rocket Mortgage Classic. Of the 16 cuts, he had hit six figures in six competitions.

Since the beginning of the 2021 season, California-born Oklahoma State alum has netted $2.3 million - generated through 10 cuts out of 13 possible titles. To date, the current world no 40 has amassed close to $6 million from purses alone. All things considered, it can be taken his net worth hovers around $2 million- $3 million.

Matthew Wolff's Girlfriend; Is he Married?

The PGA Golfer Matthew Wolff is still unmarried but is in a relationship with his girlfriend. Just a month after his Waste Management Phoenix Open, Wolff introduced his followers to Kim Lloyd.

Initially, the six feet tall Californian golfer refrained from calling Lloyd his girlfriend and such. Nonetheless, his quote, "two best things in no particular order: 1) Calf Fry 2)Kim," clearly confirmed his relationship with the brunette. 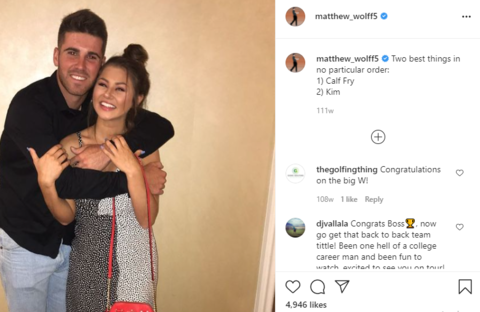 The next time, Matthew publicly confessed his love for Lloyd was on October 21, 2019, a couple of weeks after the TPC Summerlin Las Vegas PGA Tour. 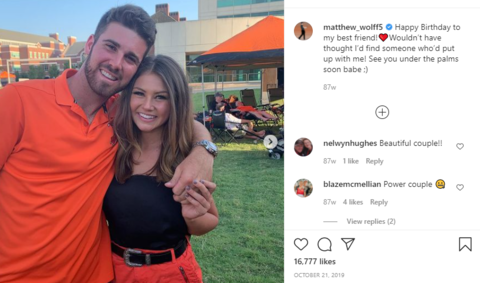 Wishing his girlfriend her birth anniversary, Wolff, through his Instagram wrote Happy Birthday to my best friend. Wouldn't have thought I'd find someone who'd put up with me! See you under the palms soon babe."

On April 9, 2021, Wolff yet again through his Insta, revealed that he had been dating Lloyd since 2019. Celebrating two years of being together, the golfer penned, "My rock. Happy 2 years!" Wolff's bae Lloyd is apparently in the career of fitness and lifestyle.