The famous baseball left fielder, Matt was born on April 28, 1993, in Snellville, Georgia as a child of Matthew Thomas Beaty. Additionally, Matt is an American by nationality and belongs to the ethnic group of white. Also, Beaty was born under the star sign, Taurus.

Former Belmont Bruins player, Matt is currently under a contract with Los Angeles Dodgers. Particularly, in 2019, he earned $405,824 as an annual average salary. Likewise, if he remains with the Dodgers for the 2020 season, his salary is expected to rise significantly to reach around $583,500.

Prior to his MLB career, he has played for many minor league teams such as Ogden Raptors, Great Lakes Loons, Rancho Cucamonga Quakes, Tulsa Drillers and many more. Further, the players playing in the Minor league is expected to earn $120,000 as a salary on average.

As of now, Matt is one of the least paid players of Los Angeles Dodgers while the players like Clayton Kershaw and Justin Turner are the highest earner of the team, earning an annual salary of $31,000,000 and $19,000,000 respectively.

Playing only for a single season in the MLB, Matt is yet to collect a significant amount of money as net worth. However, he was previously assigned to the Minor League teams through which he has accumulated a net worth over five-digit figures.

Further, he regularly promotes the products of the brands including PAIGE and many more, earning an additional amount of money which certaily adds up in his net worth in the coming days.

The 26 years old famous baseball left fielder, Matt Beaty is a married man and currently, enjoying a marital relationship with his wife, Jesica Beaty. The love bird tied a knot on November 19, 2016, in Barns of West Tennessee in the presence of their friends and family. 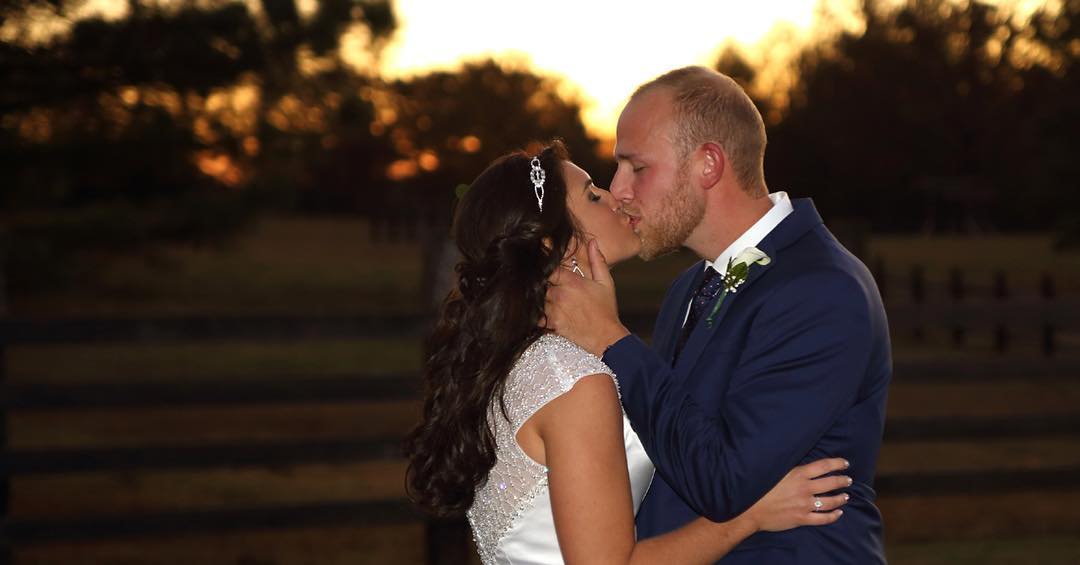 Matt and Jesica on their wedding day SOURCE: Instagram @jesica_beaty

Just after, the wedding the couple was spotted enjoying their time in Mahogany Bay, Isla Roatan, Honduras which is probably the place where they celebrated their honeymoon. 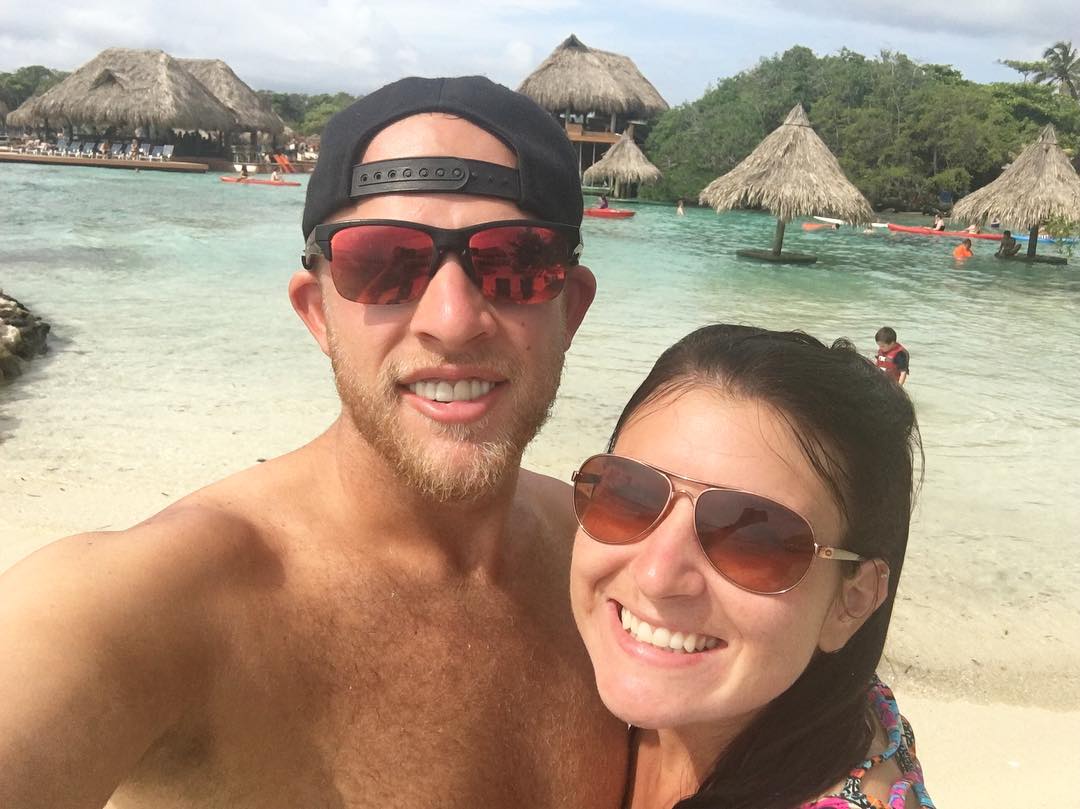 The lovely couple holds a good bond together which is depicted by their respective social accounts. In addition, the couple has never missed greeting each other on their anniversary.

On the occasion of  their 1st year anniversary, Matt posted a picture along with the emotional caption, he wrote:

"One year anniversary. The time sure has seemed to fly by. No better person to be by my side. I am so happy that we are on the journey together. I? love you Jesica Lyn @jesica_beaty."

With reference to the duo's age, it seems like they have been dating for long. In particular, the couple has posted alot of pictures on their respective social accounts, enjoying thier vacation before they decided walked down the aisle. 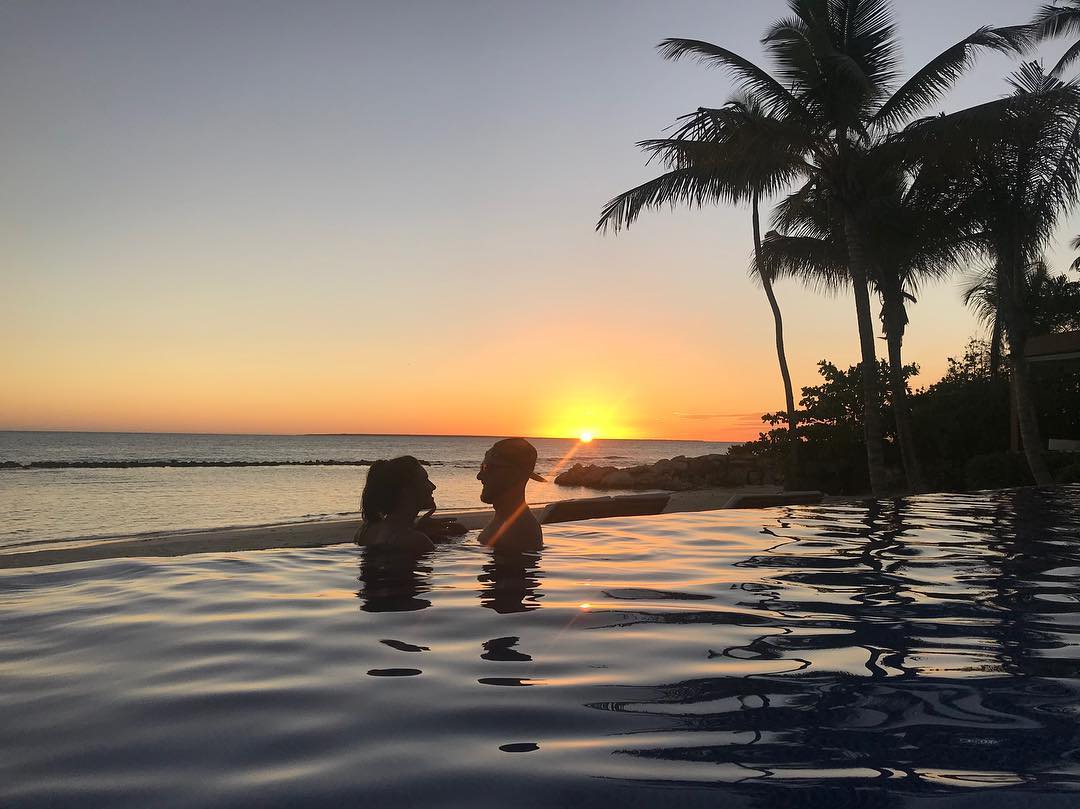 Moreover, they were spotted enjoying their private time in places such as Huntington Dog Beach, Natural Pool / Conchi - Aruba, Oranjestad, Aruba and many more.

Apart from being a professional baseball player, Matt is actively involved in charity work. In 2019, he announced that he will be providing scholarships for high school students from Weakley County, the school where he spent his childhood.

Matt, who was an avid athlete from his young days attended Dresden High School in Dresden, Tennessee. Soon after completing his high-school education, he was drafted by the Kansas City Royals as a 4th round pick of the 2011 MLB draft. However, he rejected the offer and choosed to play the team of Belmont University, Belmont Bruins.