Mark Canha is an American professional Baseball player who plays in the Major League Baseball (MLB). As of 2019, Mark Canha currently plays for the Oakland Athletics as their First baseman / Left fielder. He made his MLB debut in 2015 and has been playing for the Athletics since then.

As a First baseman / Left fielder, Mark Canha reportedly earns around $2,050,000 as his yearly salary from Oakland Athletics and has a net worth of over $1 million.

Moreover, he is a married man and currently is living with his beautiful wife, Marci Canha.

According to the reports, Mark Canha is a married man. He is married to his beautiful wife Marci Canha. They were in a relationship since their teenage days after they first met when Mark played in the minor league for Miami Marlins affiliate, the Greensboro Grasshoppers.

His wife, Marci is a native of San Jose and is an architect by profession. 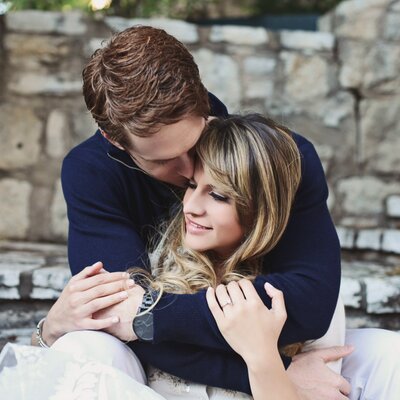 According to the sources, The Duo has a baby girl whose name has not been revealed yet.

Beside this. Mark Canha is a foodie guy. His social account is full of pictures of food. Talking about his body measurement, The Famous MLB star is 1.88 m in height and weighs around 91 kg.

Mark Canha Net Worth and Salary

His career earning and contract:

Mark Canha was born on February 15, 1989, in San Jose, California to parents David Canha and Elaine Canha. As per his nationality, he is American and belongs to the White ethnic group. Further, his star sign is Aquarius.

Canha attended the Bellarmine College Preparatory in San Jose, California, and the University of California, Berkeley, where he played baseball college for the California Golden Bears baseball team.

In the seventh round of the 2010 MLB draft, he was selected by the Florida Marlins. The Colorado Rockies selected him from the Marlins in the 2014 Rule 5 draft and then traded him to the Athletics.

Because of the team's need for a power hitter after Josh Donaldson and Brandon Moss's offseason trades, Canha made the Opening Day roster for the Athletics. Canha had three hits and four runs batted in (RBIs) in his major league debut on April 8.