Mariano Rivera is a former professional baseball pitcher who played 19 seasons in Major League Baseball (MLB) with the New York Yankees from 1995 to 2013. Through his exceptional playing skills, he owned Nicknamed as "Mo" and "Sandman".

Rolaids Relief Man Awards and three Delivery Man of the Year Awards winner, Mariano was born on November 29, 1969, in Panama City, Panama. He is a devout Christian and is involved in philanthropic.

One of the legendary Pitcher of New York Yankees, Mariano Rivera has earned a good amount of fortune and fame through his career and his estimated net worth is at around $23 million as per 2020. The former MLB Pitcher is earning an enormous amount of money through his business activities. He is the speaker in Washington Bureau where he is earning around $600,000 per year.

Similarly, he is an active motivational speaker for the company like Nike and Addidas where is earning between $500,000 to $800,000 annually and as a book writer of The Closer: My Story, The Closer: Mi Vida he is earning thousands of dollars. 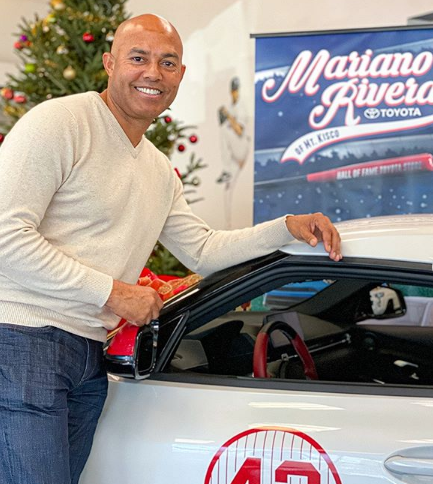 And while he used to be the player of MLB he used to earn $1 million annually including $800,000 as a bonus. He reportedly earned more than $169 million during his playing career.

Under the influence of Yankees' longtime manager Joe Torre, Mariano had signed $45 million worth contract with Yankees for three years which made the highest-paid reliever in baseball history while Gerrit Cole is the highest-paid Yankees' player.

After the end of this contract, Yankees again extended his contract for two years which was worth 30 million and during that time he used to earn $15 million as an annual salary. Later on in 2013, again Rivera signed a one-year, $10 million contract with Yankees in the offseason to remain with the team.

Mariano, the greatest pitcher of his time, has initiated multi-business ventures to propel his career into the corporate world after his retirement from the game in 2013. Rivera was indeed an owner in dual franchises restaurant around the New York area: "Clubhouse Grill," launching in New Rochelle in 2006 as "Mo's New York Grill" and Siro's, beginning in Manhattan in 2012.

All restaurants have shut down since. Later on,  he formed a car dealership with Toyota and Scion in Mount Kisco, in New York, in 2015.

Rivera has been a successful spokesman for a few internationally Renown companies such as Adidas, Nike,  Canali, and the New York Acura Dealers and he had poured some portion in The Hartford Financial Services Group.

Like his accomplishments on the field, he was also named as the first athlete spokesperson to work with premium men's clothing and footwear companies.

Mariano is married to his long-time girlfriend Clara Rivera since November 9, 1991. The couple seems to know each other since elementary school and together they have shared many ups and downs in life. 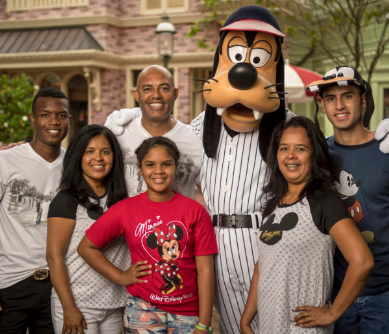 Rivera's family used to reside in Panama during 2000 where they welcomed three children, Mariano III, Jafet, and Jaziel. Currently, they live in Rye, New York, and his three sons are also pursuing their career in sports. Similarly, one of Mariano son, Mariano III is pitching for Iona College in New Rochelle.

Marino Rivera is not a religious person from the beginning neither he belongs from the traditional family but while he was 21 years old he faced some awful time in his life and after recovering from that, he considered himself a reborn.

A disappointment in the 2001 World Series Game 7 makes him realize the presence of god and divinity after he understands the effect it would have on teammate Enrique Wilson ff they had prevailed it.

If they had won then, Enrique Wilson might have left on American Airlines Flight 587 for his native Dominican Republic, which collapsed soon after the takeoff and all 260 passengers and crew were killed.

After the close call, Rivera told Wilson: "I am glad we lost the World Series because it means that I still have a friend."

Philanthropist Who Is Making Great Effort To Change The World

He has done several donations and countless seminars to raise funds and to help the needy people. His 2019 act where his Rivera Foundation made the partnerships with e-commerce website eBay to raise money.  According to eBay, a compilation of Rivera-centric baseball cards was developed by the company which included 42 game-used and personal objects donated by him for sale to support his foundation.

He started this foundation back in 1998 by pouring $500,000 annually and in 2019 he poured more $168 million and in n March 2014 Rivera and His Wife opened a church in New Rochelle which was restored at a cost of $3 million by his foundation

His foundation provides helps underprivileged children with an education and his foundation has benefited to Panama through constructing an elementary school, giving children Xmas presents and establishing a program to give young people with access to a computer and adult mentors

Marano Rivera is active in the political sector also but he is in politics for the sake of his religious beliefs and he is a supporter of Israel as a Jewish state.

Rivera foundation helped the people for the participation in trips to Israel in 2015 and 2018 which included a visit organized by Riviera Friends of the Israel Defense Forces. Later on, he served on the Opioid and Drug Abuse Commission formed by US President Donald Trump in March 2017. 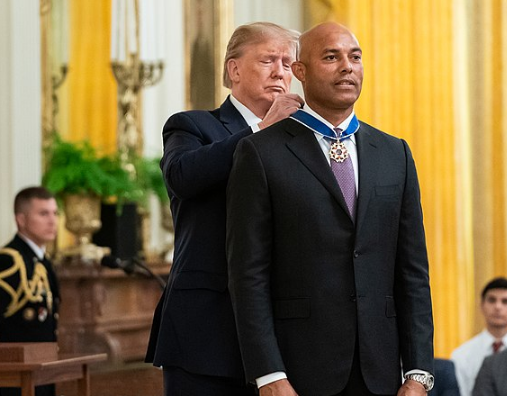 He was nominated to co-chair the President's Council on Health, Fitness, and Nutrition and In August 2018, he co-hosted a fundraising dinner for the America First Action PAC with Donald Trump Jr. and Kimberly Guilfoyle.