Maria Teresa Matus is an ex-celebrity wife who got widespread recognition after being recognized as the ex-wife of soccer star Arturo Vidal. They were pretty young when the former pair got to know each other. Being married for nearly a decade, the former couple welcomed three kids. However, they could not continue their relationship and separated in 2019.

Apart from being a celebrity spouse, Matus is also an independent woman who is famous on social media, mainly on Instagram. She got famous on Instagram for sharing fashion, lifestyle, and family photos. Furthermore, Matus has amassed a massive fan following on the platform. Moreover, she appears to have moved on from her past affair as Matus is currently in a relationship with a man.

Maria Teresa Matus was born in 1987, making her age 35 years as of 2022. Matus lights her birthday candle on March 28 every year. Besides, Matus is a native of Chile. So she holds Chilean nationality, but she has lived in Barcelona, Spain, for a long time.

The ex-celebrity spouse has not talked much about her early life with the media. Due to this reason, the information about her family background remains unknown. In the same way, we are unaware of her parents too.

Everything On Her Career

As we know, Matus is a social media star and Instagram model who has gained massive followers on her Instagram account. Her IG bio reads that every picture has a story to tell. Due to this reason, she started using Instagram, and now she is loved by many people. 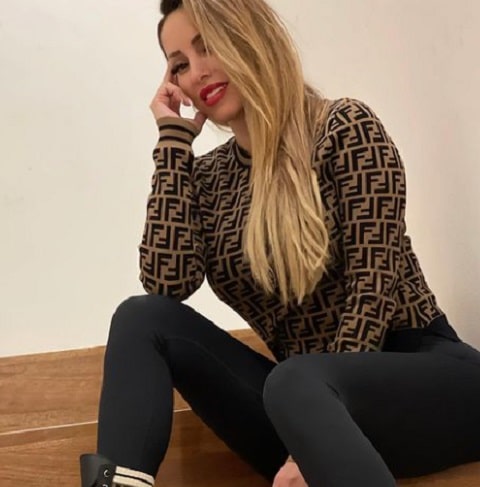 In addition to that, Matus is also the co-founder of the charitable organization named I Can. Being a social media star, Matus has numerous opportunities to work with multiple brands. Not only that, but Matus has also promoted various big brands, including Hyla.

Besides that, Matus loves exploring different places and features all her moments on her IG handle, where she has gained over 717k followers. For your information, her account is also verified. So, we can get more updates about her ongoing lifestyle by following her on the platform.

Net Worth and Income Details

Matus makes a decent amount of money from her profession, and she enjoys a quality life. According to the Influencer Marketing Hub, Matus can earn around $2,139.75 - $3,566.25 from a single post on Instagram. Meanwhile, the majority of her gains come from brand collaboration.

Being a social media star, Matus has got a chance to work with multiple companies that might have paid her well. Her IG posts also show that her lifestyle is pretty amazing as she often posts images exploring luxurious places. In the same way, Matus has shared photos of her cars that cost not less than a million dollars. Apart from that, her ex-husband also makes massive money from his profession as a footballer. As per Celebrity Net Worth, Arturo Vidal's net worth is around $16 million. He has played for multiple clubs with whom he had impressive deals. So, his contract helped him live a luxurious life.

Explore Her Marriage With Arturo Vidal

Moving onwards, Matus was previously married to Arturo Vidal. The former pair reportedly met in 2008, and they walked down the wedding aisle in the following years. Their marriage ceremony was organized privately in the presence of their family and close ones.

Moreover, Matus and Vidal also had three kids. Their first child Alonso Vidal was born on May 7, 2013. On March 7, 2014, they became parents for the second time when Elizabetta Vidal was born. The family increased when the former pair welcomed their third child, Emiliano Vidal, on May 26, 2017. 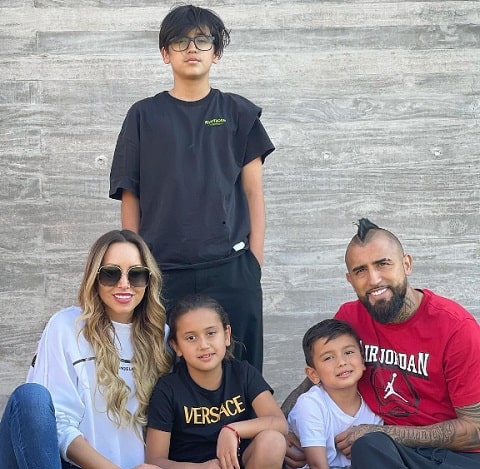 Their life was going pretty well initially, but it started getting sour after some time. So, Vidal and Matus decided to choose their path and divorced in the year 2019. Since then, both of them have been busy with their own life. Despite their separation, they might have a good bond as Matus shared a family photo on Instagram in 2021.

The 35-years-old footballer plays as a midfielder for Campeonato Brasileiro Serie A club Flamengo. Vidal is also a national player who plays for the Chile national team. The professional footballer can play anywhere in midfield and other formations too. 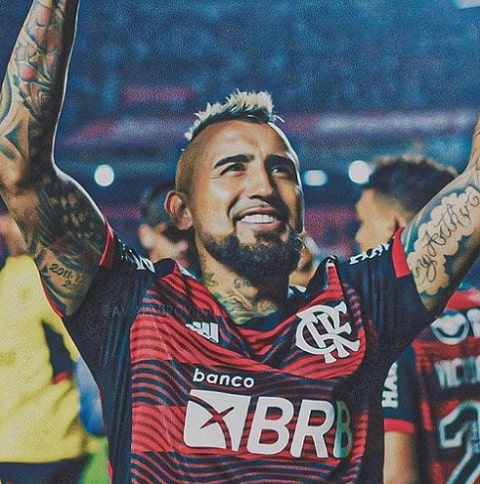 Who Is Maria Teresa Matus's Present Husband or Boyfriend?

Exploring their social media posts of Matus, it can be said that she is in a relationship with her boyfriend, Camilo Huerta. It is unknown when the ex-couple started dating, but it can be said that the pair are having a good time. Not only that, but their bond is getting stronger day by day.

Furthermore, Matus often posts images with her partner on her Instagram handle, where we can follow her under the username @mariteematus. Talking about her lover, Huerta is a physical education teacher and personal trainer. 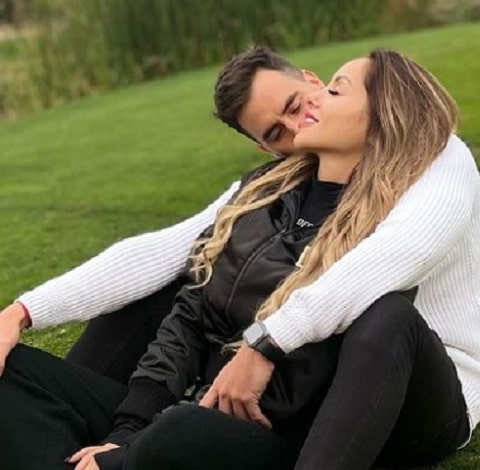 Maria Teresa Matus is in a relationship with her boyfriend SOURCE: Instagram @mariteematus

Huerta's Ig bio also shows that he is a digital creator. We can get more info about her lifestyle by following him on Instagram as @camilohuerta.