Marcelo Mayers is an American baseball shortstop who is considered a top prospect for the 2021 Major League Baseball draft with MLB.com ranking him No. 1 and Jordan Lawlar No.2. He finished his high school career playing for Eastlake High School.

California native, Marcelo Mayer was born on 12th December 2002, under the star sign Sagittarius. He is the son of Enrique Mayers and Myrian Mayer. He has an elder brother, Enrique who also played high school baseball in Arizona and later relocated to Mexico where he played dive year in the league.

Marcelo Mayer enrolled at Eastlake High School in Chula Vista, California, where he became varsity starting shortstop as a freshman in 2018. Following his freshman season, he committed to play college baseball at the University of Southern California.

During his sophomore season, he batted .261 alongside pitching to a 2.00 ERA over five appearances in 2019. As a junior in 2020, he hit .294 with three home runs, six RBIs, and two doubles before the season was canceled due to the COVID-19 pandemic.

Further, that summer he appeared in the Perfect Game All-American Classic. During his senior season, he batted .392 with 14 home runs and 45 RBIs.

Marcelo Mayer is the No.1 prospect in the 2021 MLB Draft. On the other hand, he has already committed to play high school baseball for the University of Southern California. Now, it totally up to him, if he wants to go professional or have collegiate experience.

If Mayer chooses to play in MLB, he would earn millions of dollars while college athlete does not get paid. To date, he has not earned cash from baseball.

Splitting time between career and love life a great deal, especially in this time when he has to give 110% to baseball for a better future. But thanks to his girlfriend, Valaria Breton who always supported and stood in his every up and down. 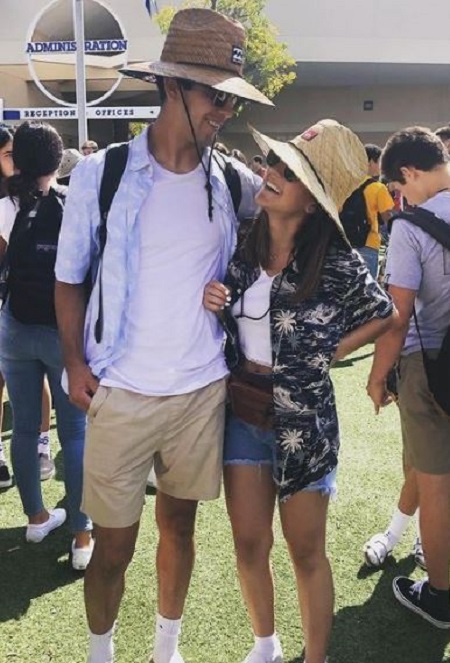