Manuel Margot Gomez is a Dominican baseball center fielder who is currently signed to the Tampa Bay Rays of Major League Baseball (MLB). In July 2011, he signed to the Boston Red Sox as an international free agent and made his MLB debut for the San Diego Padres where he played from 2016-2019.

Manuel Margot has an estimated net worth of $2 million. Not to mention, the significant source of his earning is his baseball career.

Tampa Bay Rays – No. 13 center fielder is a married man. He tied the knot with his girlfriend, Rachell Margot. However, the couple is yet to come out with their love story. Margot's fans are fascinated to know when they started dating and exchanged wedding vows and many more. 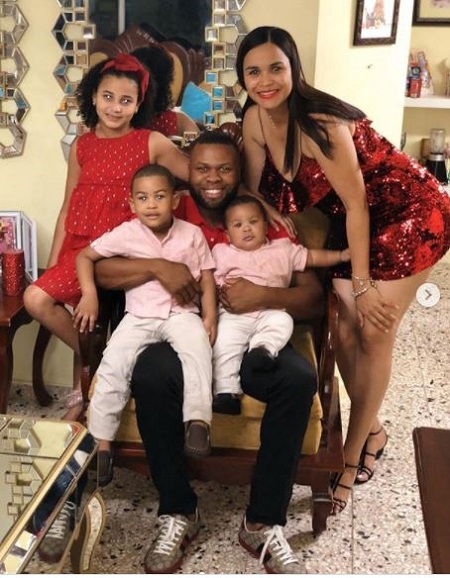 Scrolling through their IG, Margot often shares his family pictures: wife and three children: Sharlotte, Diamond, and Matthew. What's more, his caption on his IG post especially which is dedicated to his wifey is so lovey-dovey. It seems like, he adores his wife very much.

Margot's Father Died Due To COVID-19

On 4th August 2020, Margot’s father, Enmanuel, died after he contracted COVID-19 and spent 19 days in the hospital. The outfielder said of his father’s time fighting the virus. “I was worried the whole time because I was always hoping to hear good news, but they never gave me anything positive or that he was showing signs of getting better.”

The outfielder shared a strong bond with his father who meant everything to him and was the person who helped him get signed by the Red Sox in 2011 out of his small Dominican Republic town.

In July 2011, Margot was signed by the Boston Red Sox as n international free agent from the Dominican Prospect League. After that, he went on to play for various minor league teams. On 13th November 2015, the Red Sox traded Margot to the San Diego Padres alongside Logan Allen, Javier Guerra, and Carlos Asuaje. On 21st September San Diego Padres promoted him to the major league.

On February 8, 2020, the Padres traded Margot to the Tampa Bay Rays in exchange for Emilio Pagan. He ended the season batting .269 with one home run and 12 stolen bases.