News Manchester United Win 4-0 Against Liverpool In the Friendlies

Manchester United Win 4-0 Against Liverpool In the Friendlies

Premier League giant Manchester United has started their 2022 pre-season game with a 4-0 victory over Liverpool. United and Liverpool are currently in Thailand for their season break and played their Friendlies game at the Rajamangala National Stadium in Hua Mak, Bang Kapi, Bangkok. 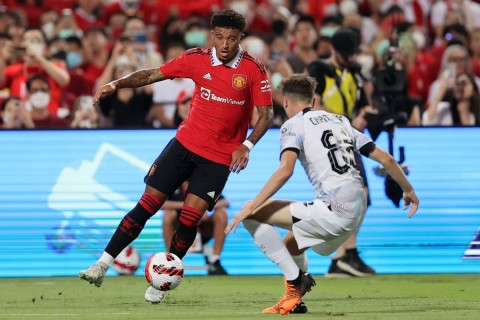 Liverpool started the game well and managed to keep the possession on their side. Manchester took the lead in the match after Jadon Sancho scored a stunning goal n the 12th minute. Although The Reds kept pressing the ball towards the United Sides, they could not connect well with the ball towards the goal area.

United doubled the lead in the 30th minute with a goal from Fred. To everyone's surprise, Anthony Martial scored a beauty to take United's lead from three goals to nil. At the end of the first half, Liverpool had more shots on target than United but could not make the most of the chances.

Liverpool started the second half with really good chances but could not turn them into a goal. Facundo Pellistri stunned everyone with the goal in the seventy-sixth minute and took the lead to 4-0. Everyone at the stadium was shocked to see the Performance of their teams. At the game's end, Liverpool had eighteen shots and four shots on target, and United had just nine and five shots on target.