Luke Prokopec is an Australian former baseball right-handed pitcher who played in Major League Baseball (MLB) for the Los Angeles Dodgers ad Toronto Blue Jays. On 4th September 2000, he made his MLB debut, and 23 August 2002 was his final MLB appearance for the Toronto Blue Jays.

In 2006, Luke Prokopec served as the head baseball coach for the Queensland Academy of Sport in Brisbane. Since Luke did not come to the spotlight.

As of 2021, his net worth remains under review.

The subject regarding Luke Prokopec's personal life is a big question today. We can not deny, Prokopec was one the most talked sports person in Los Angeles back in 2000 and 2001 while his stint with the Los Angeles Dodgers of MLB.

After he retired from the game, his name slowly disappeared and now he is nowhere to be found on media.

Since there is no information, his relationship status remains unknown.

On 4th September 2000, Luke Prokopex made his MLB debut for the  Los Angeles Dodgers. With the team, he and fellow Australian pitchers gained popularity in the Los Angeles area.

The attention was short-lived as both were traded to the other MLB franchise: Prokopec to Toronto on 13 December 2001 along with Chad Ricketts in exchange for Cesar Izturis and Paul Quantrill. 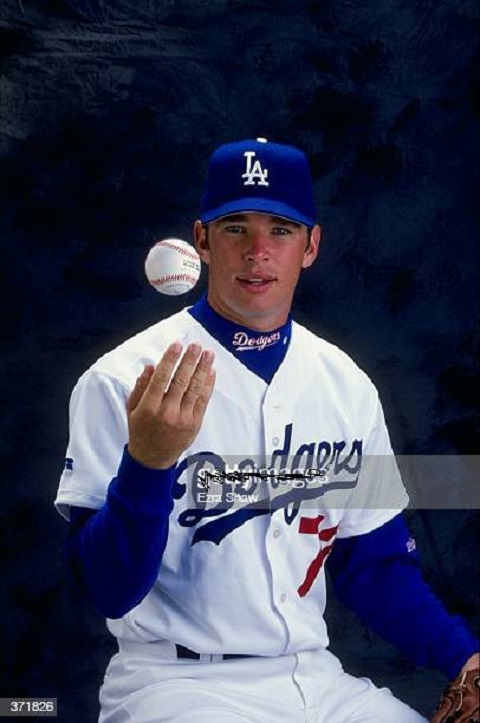 His period with the Toronto Blue Jays was not fruitful as he went 2-9 and sustained a labral tear injury late in the season. In October 2002, Prokopec was granted a free agency by the Blue Jays.

The following month, the Los Angeles Dodgers then signed him but did not name him to their 40-ma roster. Subsequently, the Cincinnati Reds claimed Prokopec from Los Angeles in the Rule 5 Draft in December.

Announcing a big surprise, he retired from professional baseball at the age of 24.