There are a lot of personalities who are well known due to their relationship with a famous person or celebrity.   Liza Barber is famous for being the wife of American football quarterback Ryan Fitzpatrick. Further, Ryan currently plays for the Miami Dolphins of the National Football League (NFL).

Liza and Ryan have been together since their time at Harvard University. Further, the couple is the parents of six children. Reportedly, she enjoys a whopping net worth of over $24 million, gathered by her husband. To know more about Liza Barber's bio, scroll through the article till the end.

Is Liza Barber Married? Know About Her Personal Life

Yes, Liza is the beautiful wife of famous NFL quarterback Ryan Fitzpatrick. The couple first met during their time at Harvard University. The couple both graduated in 2005, and after graduating, the pair lived together, keeping their relationship secret. Later, the couple announced their engagement in 2006. 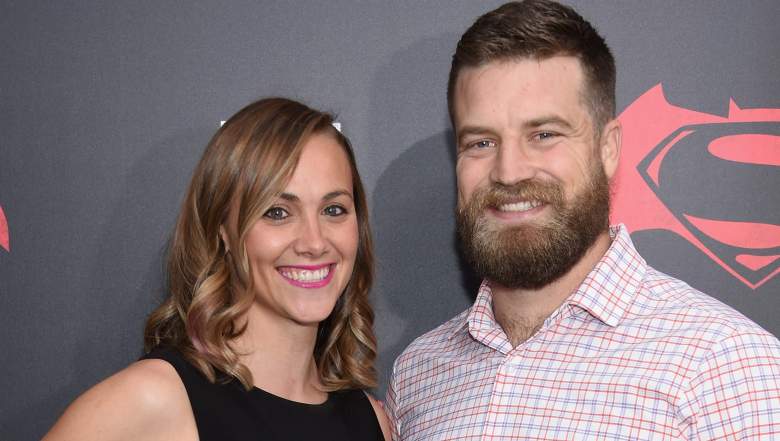 Ryan purchased an engagement ring from their joint bank account, which made him feel awkward. While Ryan proposed to Liza to marry him, there were some funny moments. One of the popular newspapers, the LA Times, wrote:

" Fitzpatrick bought a ring with money from a joint bank account he shared with Barber. He hid it in his car, then picked her up for a day of shopping at a St. Louis mall. They stopped by a clothing store, the clerk accidentally double-charged her, and Barber said not to worry because she’d check the account online when she got home."

Furthermore, Ryan's proposal ended at a McDonald‘s while Barber was eating a 10-piece McNuggets. Additionally, the pair tied a knot behind closed doors, so there isn't any additional information about their wedding. 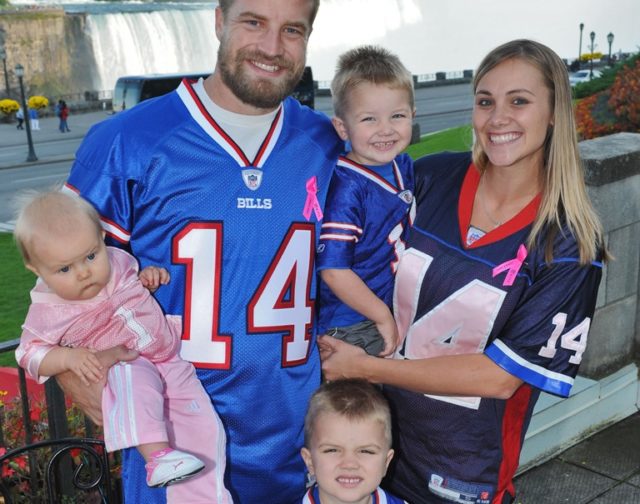 Liza Barber with her husband and children SOURCE: Pinterest

In addition, the couple is a parent of six children four daughters: Ruby, Maizy, Lucy, and Zoey and two sons: Tate and Brady. Ryan seems to be a responsible father and loyal partner as he equally gives importance to his family.

Liza Barber's Net worth in 2022; How much does her husband Earn?

Well, we are unknown to their profession of Liza and have no details if she works as professionally or not. However, she shares a massive net worth of over $24 million with her husband.

Furthermore, the couple owns a house in Gilbert, Arizona. However, there aren't any further details about their assets in the media yet.

Liza grew up in West Des Monies, Lowa, the United States. However, the information about her birth date is still behind the rock. Moreover, Liza holds an American nationality and belongs to the white ethnic group. Furthermore, she hasn't revealed any information regarding her parents and siblings yet.

In addition, since her young age, Barber has been so fascinated by soccer. In Valley High School, she used to play soccer and even managed a scholarship at Haward University. Additionally, she completed her degree in 2005.

Well, we are still unknown about the profession of Liza. Probably, she is busy taking care of her children. However, her husband is professionally active, playing football in the NFL. Further, he was first drafted by St. Louis Rams in the seventh round of the 2005 NFL Draft with the 250th overall pick.

Talking about her husband's career, he has represented different teams such as  Cincinnati Bengals, Buffalo Bills, Tennessee Titans, Houston Texans, New York Jets, and Tampa Bay Buccaneers. Until now, he has played for 14 seasons and currently, he plays for  Miami Dolphins.