Lindsey Weaver was Lindsey Kathryn Weaver, born on September 16, 1992, in Waite Hill, Ohio. She is the daughter of Craig Weaver and his wife, Sandra Weaver. Lindsey has a sister named Lauren. Lindsey graduated from Cactus Shadows High School in Scottsdale, Arizona, and enrolled at the University of Notre Dame. Weaver stands five feet and three inches tall and weighs 55 kg.

Lindsey Weaver has an estimated net worth of more than $300,000. Although It's been more than five years since her debut in her professional career, Lindsey has not become successful in gathering a huge net worth to her name. Weaver has earned most of her earnings and net worth through her career in the LPGA events. 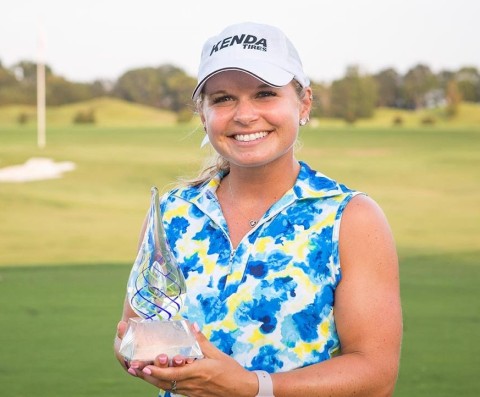 In the ongoing season of 2021, Lindsey has already taken home $105,944 as her prize money. Totaling her prize money from LPGA events, it sums to $406,002.  She is very much early in her career shall be making millions in the future. Weaver must be earning a handsome amount through her sponsors and advertising deals.

Who is Lindsey Weaver Dating? Know About Her Boyfriend and Relationship Status

Lindsey is an active social media user. She keeps posting many photos of her games, finance, and her friends. Weaver is engaged to her longtime boyfriend, Zach Wright. The duo got engaged in 2019 after dating for more than five years. Weaver first posted a picture of them in 2018 attending a tennis event. 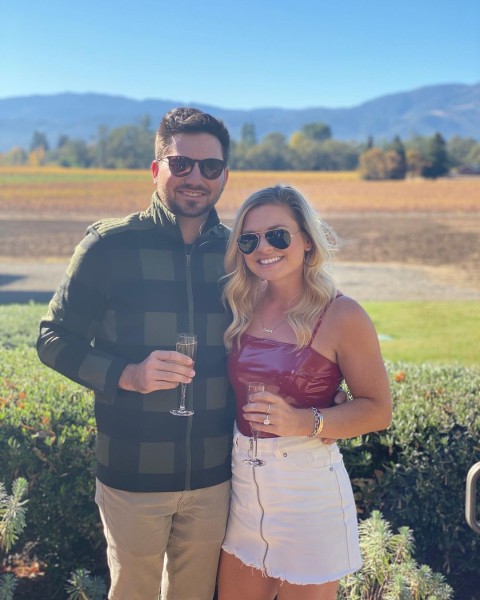 Lindsey and her fiance attending an event SOURCE: [email protected]

Zach is also a professional golf player and currently plays under Korn Ferry Tour. Both of them seem to be very much supportive of each other and love to explore new places.

Lindsey started playing golf from the age of ten and played golf for his High School team, and represented Notre Dame for her freshman year in golf. The following year, She moved to the University of Arizona. Weaver turned professional in 2017 and played in Symetra Tour. She finished that season with 11 top-10 finishes, including a victory at the Guardian Championship.

In 2018, Weaver made her LPGA debut and made cuts in five games out of eight games played. The following season, She played in nineteen events and made cuts in six of them. Lindsey is yet to win a major title in her LPGA career.