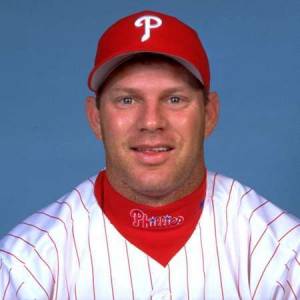 Lenny Dykstra is a former American baseball player who played for New York Mets and Philadelphia Phillies in Major League Baseball as a central fielder. He is a 3-time All-Star in 1990, 1994 and 1995. Dykstra won the World Series with New York Mets in 1986 and also won the Silver Slugger Award in 1993.

The fifty-five years old was married to Terri Dykstra with who he shared three children. As of 2019, he has an estimated net worth of about $58 million.

Lenny Dykstra's Net worth and Salary

Dykstra had the net worth of $58 million but he filed for Chapter 11 bankruptcy in July 2009, listing less than $50,000 in assets against $10 million to $50 million in liabilities. His current net worth is rumored to be -$25 million in negative.

His wife demanded $40,000 per month for child and spousal support on her divorce document. However, he showed that he has not any earning source but only the $5,700 per month as MLB pension which he provides for his wife.

He is popular on social networking sites. His fans followed him on Twitter. One can easily read his posted tweets on Twitter. He has a height of 5 feet and 10 inches. His body weight is 160lb.

Lenny Dykstra has a very tragic personal life. He was previously married to Terri Dykstra. The couple was married to each other in 1985. 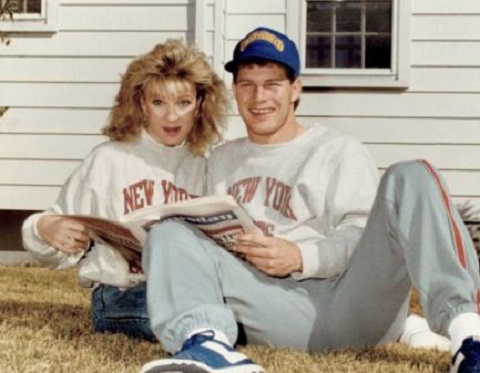 The couple together has t sons named Cutter Dykstra and Luke Dykstra.

His son Cutter was the second round draft pick of the Milwaukee Brewers in the MLB draft 2008. Currently dating his girlfriend Jamie-Lynn Sigler, Cutter also has a son named Kyle.

Lenny Dykstra's another son, Luke was drafted by Atlanta Braves in the seventh round and is currently associated to St. Louis Cardinals organization.

After 23 years of married life, Lenny and Terri divorced in April 2009.

Lenny Dykstra was born as “Leonard Kyle Dykstra on February 10, 1963, in Santa Ana, California, United States. He is American by nationality and belongs to white ethnicity. His birth sign is Aquarius.

Born to Marilyn Dykstra-Decenzo and Dennis Dykstra, he has 3 sisters and 2 brothers as siblings.

Talking about his professional career, he started his career with the New York Mets. New York Mets signed him in a 13th round draft pick in 1981. At the starting signed with New York Mets, he played exceptionally well. He hit .358 with 8 HR, 81 RBI, 105 stolen bases, 107 walks but only 35 strikeouts.

Dykstra soon emerged as one of the demanding players of baseball. He played with the New York Mets for 4 seasons. After quitting his career with New York Jets, He went to play with Philadelphia Phillies. Unfortunately, while playing for Philadelphia, he couldn’t participate in several seasons. He had fallen into accidental injury while driving drunk.

His career ended in 1996. His career stats are inspirable for the youngsters. He has a batting average of .285, home runs 81, runs batted in 404. Many awards honored him.