Lennard Maloney is a German-American professional association footballer who plays for Bundesliga club Borussia Dortmund. The Borussia Dortmund Center-back is eligible to play for both USA and Germany national teams. He is a dual citizenship holder.

Berlin-born but eligible to play for the USA, Dortmund defender Maloney was born on October 8, 1999, with the star sign Aquarius. Currently, he is just 22 years old and he wears jersey number 45. He began his premature career playing for Blau-WeiB Mahlsdorf in 2012.

The Berlin-born Dortmund center-back is a player with a dual citizenship card, eligible to represent USA and Germany international as per his will. Maloney born in Germany is a youth international for the United States.

Borussia jersey no. 45, Maloney is the son of the American Air Force veteran father and German mother. His parents' names and their other details are under review. When he was 13 years old, he joined Union Berlin academy. Maloney had outstanding progress there, leading him to get promoted to the team's senior squad.

The German-American athlete has a long shredded body structure and has the height of NBA players. He stands tall at the excellent height of 6 feet 2 inches and weighs 89 kg. Additionally, Maloney has blond hair and blue-colored hair eyes.

The American Air Force Veteran's son has been playing football since an early age. He joined the Berlin Union academy at the age of 13 in 2012. Before joining the academy, he used to play for Kopenicker SC. He was with Berlin Academy for 6 years making appearances in 23 games.

Maloney's days at Union academy were progressive; he went through the age categories and became the mainstay in the U-19 in the 2017-18 season. 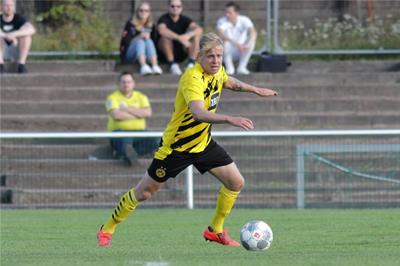 The Berlin boy really impressed the first-team coach Andre Hofschnier and later on, he called Maloney for the first team. He made his professional debut in a 2. Bundesliga game against SpVgg Greuther Furth.

On January 31, 2021, Union Berlin assured to send him on a loan to Chemnitzer FC until the end of the 2019-20 season. In general, he appeared in just 8 games for the club. After expiring the contract, he was a free agent. The German-American soccer player was offered to join by the giant club of Bundesliga i.e. Borussia Dortmund II on August 7, 2020, on a free transfer. As a Dortmund II player, he played 34 games sending 1 goal behind the net.

Because of his hard work, dedication, and defensive ability he was promoted to the first team of Borussia Dortmund on October 23, 2021. He made his debut game as a substitute player against Arminia Bielefeld. 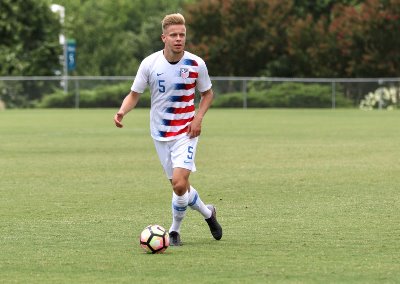 The Borussia Dortmund right-back can represent the USA and the German in international games. In a friendly match, he played for the German national team at under 18 and under 19.

The American coach keeps an eye on him too so he was called up to United states U-20 by the coach. Maloney accepted and played leading the team under his captaincy for two games.

Is Lennard Maloney dating anyone? (His Love life and Girlfriend)

Lennard Maloney, the German defender has kept his love life low-key. Anything about his dating or relationship status is unknown to the public. He also hasn't been seen with any girls so far, thus at the moment, he is probably single. The 22 years football athlete is in the early phase of his career, so he is very focused and dedicated to his goals.

The Net worth of Lennard Maloney in 2022; How much does he Earn?

According to online sources, the German international has an estimated net worth of $5 Million. Most of the income he adds to his net worth is from football. At the age of 22 years, he is earning a decent amount of money playing for the clubs. However, the salary he gets from the club is still under review. Maloney is living a comfortable and lavish life. 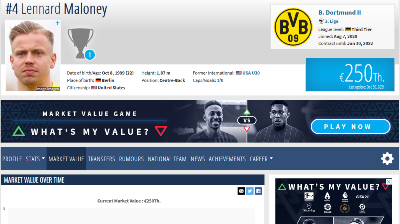 As per the Transfermarkt, the Dortmund center-back has the trending market value of 250K Euros.