Laura and her husband Leandro have been married for quite a long time and have also appeared in various events together. The power couple has good moments together and is blessed with a loving son. Further, Laura has been a supportive partner of Leandro as she has helped him and supported him in every step of his career.

Lauran Hilven was born in the year 1992. So, as of 2022, her age is 30. There is very little information about Hilven's early life and family background as Hilven just came into the public eyes after marrying the famous footballer Leandro.

Talking about her husband, Leandro Trossard was born on December 4, 1994, in Maasmechelen, Belgium. The professional football player was raised by his beloved parents, Linda Scheepers and Peter Trossard. Besides, the Brighton & Hove Albion player holds Belgian nationality.

Moreover, Trossard is reported to be the eldest child of his parents as he grew up alongside his younger sister. However, the name of his sister is missing from the internet sources. We can find some pictures with his sister on his Instagram account.

Career Details: What does Hilven Do for a living?

Hilven is a supportive and caring housewife. Apart from being a housewife, she might have some profession, but there is very little information about her job. A source has claimed that Hilven previously served as a secretary for doctors and companies.

So, till now, she might have been engaged in the same profession. Meanwhile, Hilven is an active user of Instagram, where she shares updates on her life. Her Instagram username is @laurahlvn, and she has already garnered over 6k followers. But it is pretty challenging to know about her recent posts as the celebrity spouse has kept her account private. 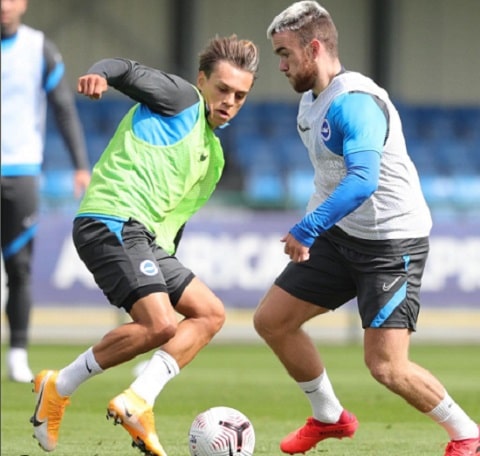 Apart from that, her husband, Leandro, is a professional footballer who plays for Premier League club Brighton & Hove Albion. Also, he plays for the Belgium national team.

Also read about Katrin Kerkhofs who is the wife of Belgian footballer, Dries Mertens, who currently plays for the Belgium national team.

Hilven's husband is Leandro Trossard, who has played football professionally for many years. His football career started when he entered the K.R.C. Genk youth academy from the Bocholt academy in the year 2010. And in 2012, Trossard was promoted to the senior squad making his first, albeit brief, debut on May 13, 2012. 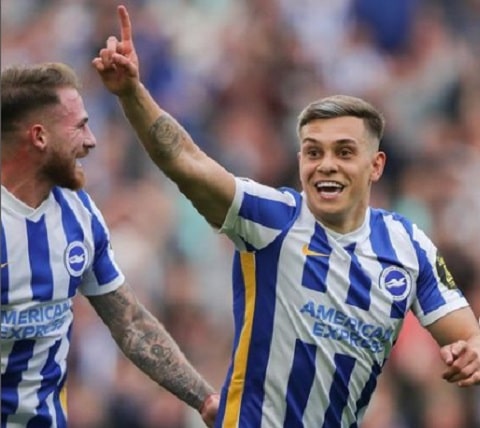 Likewise, Trossard is a national player and has represented the Belgium national football team in multiple national and international events. On September 5, 2020, Trossard debuted for the national team by playing in a Nations League game against Denmark. In the match, he came as a substitute for Dries Mertens in the 80th minute of the 2–0 away win.

Furthermore, Trossard's first international game came in the match against Belarus in the 2022 World Cup qualifier, which was held on March 30, 2021. He has also received various honors for giving his best in the field. On May 17, 2021, Trossard was named in Belgium's 26-man squad for Euro 2020.

You can also read about Dries Mertens, a Belgian national teammate.

Married Life Of Hilven and Trossard

The producer of Genk, Trossard and his wife, Hilven, has been in a marital relationship for quite a while. The power pair has been married for over two years as they reportedly exchanged their wedding vows in 2019.

Talking about their love life, they met each other via Instagram. After exchanging some messages on Instagram, the pair began dating each other, but the exact date of their affair is unknown as both have kept it a secret. 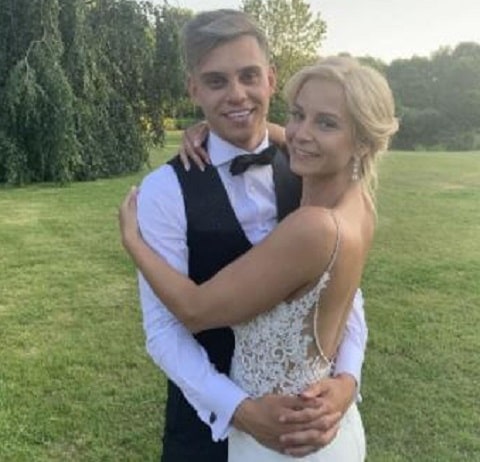 Laura Hilven and her husband, Leandro Trossard on their SOURCE: VergeWiki.com

However, some online portals have reported that the duo dated each other for six years before getting engaged on January 41, 2019. And after some months, on June 7, 2019, the wedding was supposed to happen, but it was canceled for some reason. So, they later walked down the wedding aisle.

Since then, they have been together, and the pair have also given birth to a loving son named Thiago Trossard. Their son was born in April 2017. So, it is clear that the duo weren't engaged or married when they welcomed their first child.

Trossard's wife, Helvin, might be making a good sum of money from her profession, but the actual amount of her earnings remains under investigation. But she must be enjoying her life to the fullest with her husband's income, who makes massive money from his job as a football player. 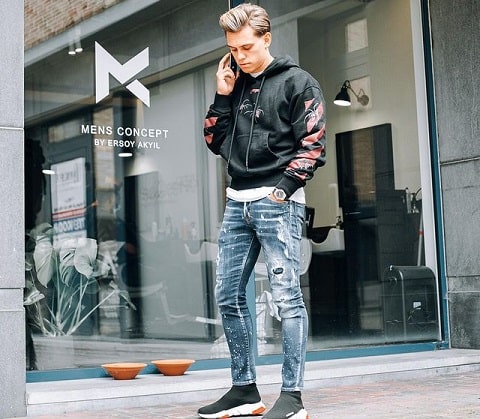 According to a report, Trossard's net worth is around $1 million to $5 million, thanks to his football career. Currently, he plays for Brighton & Hove Albion, and salary sport says that he earns £43,000 per week and £2,236,000 per year from the team.

Likewise, he also played for numerous clubs, including the K.V.C. Westerlo, K Racing Club Genk, and Brighton. While playing for K.V.C. Westerlo, he had a yearly pay of £43,160. And in 2020, he was associated with Brighton and had an annual salary of £2,080,000. So, its a no surprise to have his net worth in six figures as he has taken a massive amount of money from multiple clubs.