Hickock was born in Austin Texas on April 14, 1992. He is a former student of the University of Texas and was a freshman the same year as Jordan Speith also his roommate. In fact, he had caddied for Speith during 2011 AT&T Byron Nelson. Hickock graduated in 2015 with a degree in geography.

Hickock turned professional in 2016 with his first tournament being the Panama Championship where he finished tied for 64th place. In 2017, he played on the PGA Tour Canada where he earned player of the year honors, winning twice during the season; the Players Cup and the Ontario Championship. 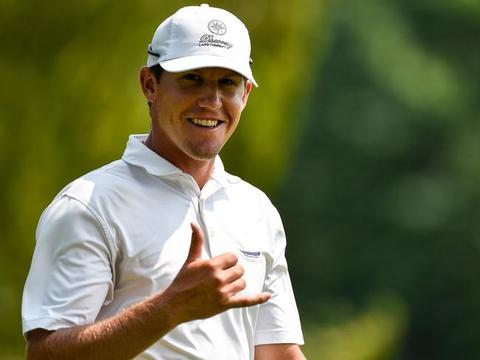 Kramer Hickok is the winner of the PGA Tour Canada Player of the Year 2017 SOURCE: Herald Sun

That season, he also won the Order of Merit. On the Web.com tour, he secured the 2018 DAP Championship ahead of Hunter Mahan and Matt Jones by three strokes. Going wire to wire, he matched the course record with a single round of 63 on the first day. He managed to place himself second in the 2018 edition of the Web.com tour, consequently earning his PGA Tour card for the 2019 season.

Kramer Hickok after winning the Ontario Championship SOURCE: Inside Golf

As of yet, Espn reports, the 27-year-old Austin-born golfer has hit close to $2million in career earnings. Accordingly, his net worth could be surmised within the vicinage of $1million. There's a very good chance the figure might be higher considering his major sponsorship partners Discovery Land Company, Vessel Golf, and Grey Son Clothiers.

To his followers' knowledge, Hickock has been committed to his wife, Anne Hakula since 2014. Also the year, she started featuring on the golfer's Insta. Hickock gradually confessed about his relationship with the Finnish native through several of his Instagram posts. 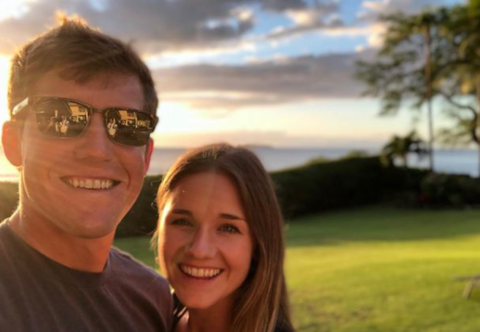 Thereafter, the recent Travelers Championship winner and the blonde continued to pop up in the same frame on each other's Instagram accounts with the duo occasionally wishing themselves anniversaries, birthdays, and so on.

Hakala and the Texans are believed to have sparked their union while they were students at the University of Texas. 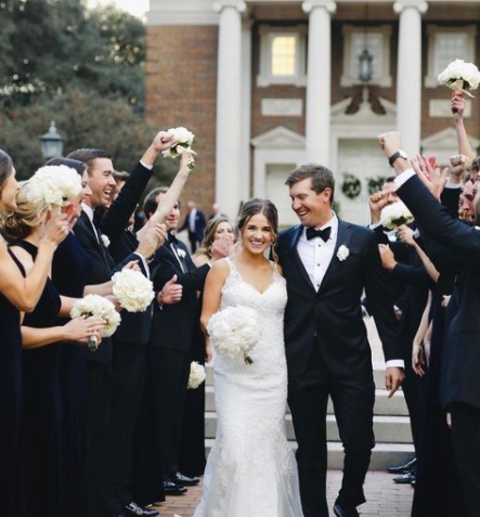 On December 8, 2019, the couple got engaged in Napa Valley Wine Country, California. The pair had their wedding a year later on December 7, 2020, at Perkins Chapel, SMU in Dallas, Texas.