Know about Raheem Sterling's relationship with his girlfriend and their kids

Raheem Sterling is a professional footballer who won the Golden Boy award for 2014 after being recognized as the best under-21 player playing in  Europe from a pan-European panel of sports journalists. The 23-year-old footballer currently plays for Manchester City as a midfielder after his transfer from Liverpool FC. Also listed in the National English team in 2014 FIFA WorldCup, Raheem is expected to be selected in the national squad to play 2018 FIFA World Cup.

In his 8 years of playing career, Raheem is able to earn a lot of money acquiring the estimated net worth of $50.83 million to date. Besides his career success, Raheem, the former teammate of Jordan Henderson of Liverpool FC seems to be successful in his love life as well. Raheem is reported to have secretly married his longtime girlfriend Paige Milan, with whom he shares a son. Let's know all about Raheem's relationship, girlfriend, and children.

Are Raheem Sterling and his girlfriend Paige Milan Married?

Well, talking about Raheem's relationship, Paige is not the only one to have dated him. However, unlike the failed love affair of the past, the relationship between Raheem and Paige Milian seems to be stronger and healthier. 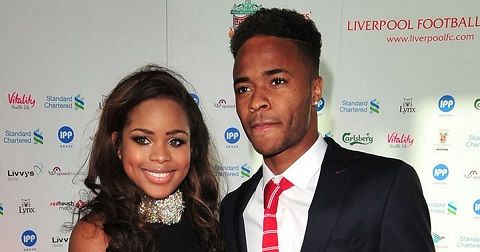 It's been more than 5 years since their relationship, however, the couple has not given any news regarding their interest to get married or being engaged. But,  the Instagram post of the couple told a different story.

The couple was rumored to be married secretly after Milian posted: “Happy 22nd Birthday to MY HUSBAND love you millions @sterling7.”

Sterling responded by in a joking manner: “Jheeze I got the title now Yh love u me wife.” However, the post is deleted and none of them has spoken about their marriage officially. Though, Raheem and Paige can be sharing lovely moments. Have a look.

Raheem is not only the ace of Machester City but also of Paige too. The cute couple is free from the mishaps of separation and divorce. Probably, they might have struggled throughout many ups and downs in their relationship, but their strong love lives.

We wish the couple a lot of best wishes and happiness.

Raheem actually is the father of 2 children. With his brief relationship in the past, Raheem has a daughter named Melody Rose Sterling born in 2012. However, the detail of his relationship with Melody's biological mother is not out yet.

Some sources claim that Raheem was in a short-lived relationship with a girl named Melissa Clarke and shared the daughter with her. 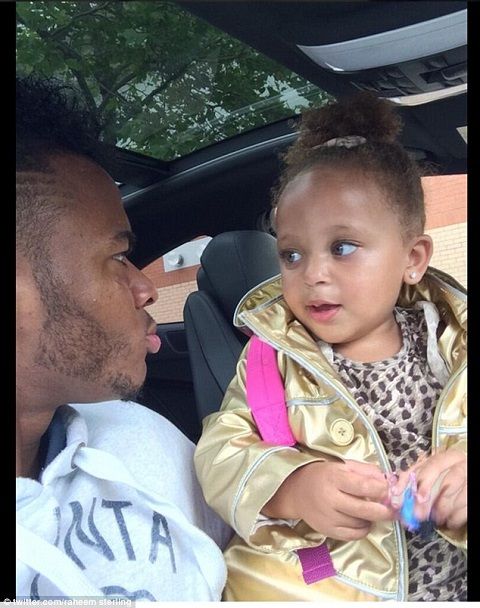 Later, Raheem dated Paige and with his intimate relationship with her, Raheem shares a son. The couple announced that they were expecting a son back in November 2016. Finally, the biggest day for the couple came as they welcomed their son Thiago Sterling in January 2017.

Regarding the unique name of their son, Raheem and Paige have not spoken anything, probably they loved the name so much. Have a look at the couple's son.

We love because he first loved us. John 4:19

Raheem built a playground for his baby boy

Blessed with charm and successful career, Raheem currently enjoys a salary of $$253, 985 and it's not a quite surprise to spend it on the happiness of his children. Raheem along with his career highlights, came into the limelight after he built a playground worth of $35, 275 for his son Thiago in July 2017.

The playground is situated inside the compound of Raheem's $4.37  Cheshire mansion. Have a look. 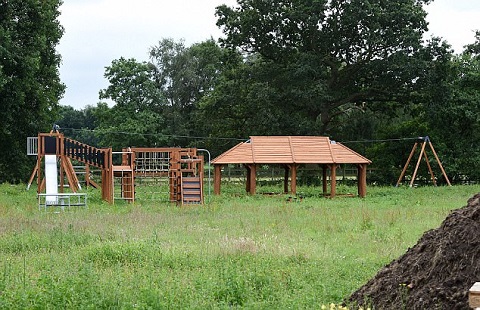 Love is invaluable, isn't it?

Not only with Thiago, Raheem is seen in a lovely relationship with his daughter too. Have a look at the lovely moments.

She so happy her tooth growing back????

Along with the sweet children, Raheem is living happily with Paige. We wish them happy moments.

Stay tuned with us for updates!