Katelyn Sweet is one of the hot wags from the NASCAR who is married to Kyle Larson, a professional stock car racing driver and World of Outlaws Sprint Car team owner. Her husband, Larson competed full-time in the NASCAR Cup Series, driving the No. 42 Chevrolet Camaro ZL1 1LE for Chip Ganassi Racing and part-time in the NASCAR Gander RV & Outdoors Truck Series, until his indefinite suspension in 2020.

Grass Valley, California native, Katelyn Sweet, was born on July 28, 1991, under the star sign Leo. As per nationality, she is an American who came from a white ethnic background. Here's what you need to know about Katelyn Sweet, Kyle Larson's wife:

Who is Katelyn Sweet Married to?

Katelyn and Kyle's relationship is an open book to the public, hide nothing from the media. On December 22, 2017, the couple announced their engagement after dating for a long-time. Kyle joked on Twitter that their engagement was a long time coming. 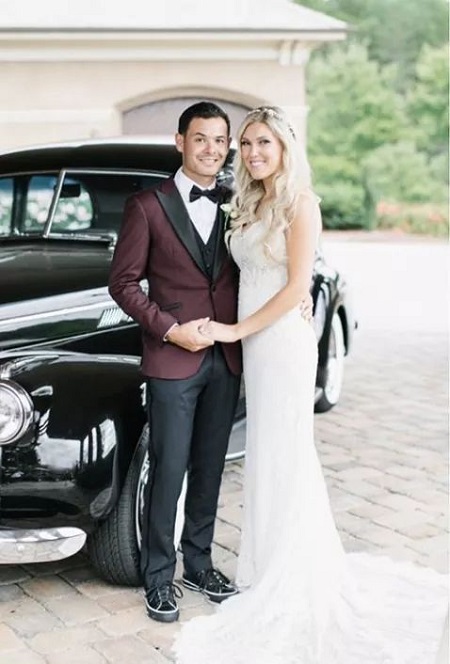 The following year, in September of 2018, the couple exchanged the vows after Katelyn gave birth to their second child. Larson's team, Chip Ganassi Racing, posted the news on their Twitter, congratulating the happy couple.

Aforementioned, Mr. and Mrs. Larson shares almost every detail of their personal life with their fan followers. On June 13, 2014, they announced they were expecting their first child. On July 16, 2014, Larson showed up with thrilling news, announcing the gender of their baby. Their son, Owen Miyata Larson, was born on December 22, 2014. 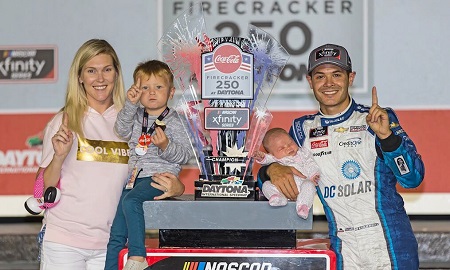 On November 8, 2017, Larson announced on social media that he and his girlfriend, Katelyn were expecting a second child. On May 7, 2018, they welcomed their son, Audrey.

The Larson family is very close, and Katelyn and her husband often post a lot of pictures of the four of them doing activities together. Also, they are frequently pictured attending Kyle's events and are very supportive of his career.

Katelyn is the second child of her parents after Brad Sweet, who is a former NASCAR driver and World of Outlaw sprint driver. He started his career in 2008 driving in midget cars and sprint cars, and then stock cars in 2009. 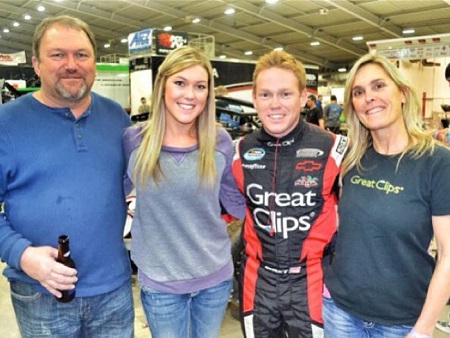 Katelyn Sweet with her mom, dad, and brother SOURCE: Heavy.com

A graduate of  Bear River High School, Katelyn is a athletics who used to compete in horseback riding and jumping events.

Net Worth and Properties As Of 2020

The mother of two, Katelyn Sweet, is not engaged professionally; rather, she has turned into a fulltime house maker since her marriage. Not to worry, she shares a tremendous net worth of $12 million with her husband, Kyle Larson, who was ranked 10th in the 2018 highest paid drivers where Dale Earnhardt Jr., Jimmie Johnson, and Kyle Busch hit the 1st, 2nd, and 3rd position respectively.

Between June 2018 and June 2019, Kyle earned $9 million. Besides, his endorsement deals are also lucrative, making him around $1 million per annum. However, after his suspension when he was discovered using a racial slur during an iRacing event, McDonald's and CreditOne Bank terminated their sponsorship as a result of his action.