As a Third baseman/ Pitcher, Kaleb Cowart reportedly earns around $500,000-$600,000 as his yearly salary from Los Angeles Angels. Further, Kaleb Cowart has an estimated net worth of over $1 million.

Kaleb is in a romantic relationship with his wife, Madison Bitzer.

How much is Kaleb Cowart's Net Worth? His Salary in 2019

Kaleb Cowart so far has made earnings of $3,016,791 from his entire MLB career while David Price is one of the highest earners of MLB with overall career earnings of $184,042,498.

Additionally, as per his previous contract in 2018, he earned $545,000 as base salary. Moreover, he is the player who gets paid as a pre-arbitration player which is quite similar to Zach Eflin. Specifically, players under pre-arbitration contract earn somewhere around basic salary of MLB.

Further, there aren't any reports regarding his endorsement deals. However, the player with such fame is obvious to have an endorsement deals through with he earns a handsome amount of money.

According to reports, Kaleb is married to his beautiful wife, Madison Bitzer. Further, they were suspected to be in a relationship since their high school days. Also, Kaleb officially announced his relationship on 11 October 2012 and they got engaged in 2017.

Kaleb is quite a private person about his personal life. Also, he didn't leak about his marriage photographs and any other evidence about his wedding. 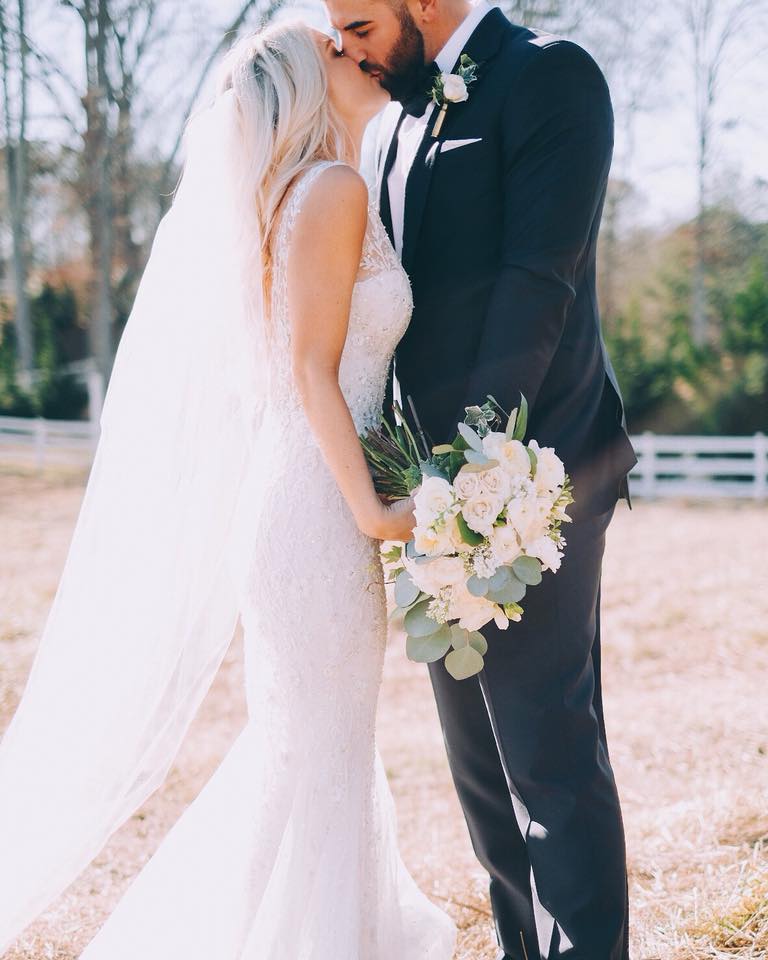 Further, they tied their knot on 6 January 2018. There aren't any details about their honeymoon destination.

Who is Madison Bitzer?

Madison Bitzer, the spouse of Kaleb Cowart, is also a graduate of Georgia college in Middle Grades Education. Additionally,  Madison Bitzer is a teacher at Crabapple Crossing Elementary School in Alpharetta, GA.

Loving the sweet notes from my kids!! Now we just got to work on getting the last night spelled right. #cowart #Bitzerisengaged #ringbling pic.twitter.com/1RmEQLm43K

She seems to be the most loved teacher of the school as they keep giving her some lovely and sweet notes. She is an animal lover.

Kaleb Cowart was born on June 2, 1992, in Adel, Georgia to parents whose name aren't in the media yet. As per his nationality, he is American and belongs to the mixed ethnic group. Further, his star sign is Gemini.

In the first round, with the 18th overall selection, Anaheim's Los Angeles Angels selected Cowart in the 2010 Major League Baseball draft. Although he committed to playing baseball at the University of Florida, Cowart signed with the Angels.