Joshua Ronald Hader better known as Josh Hader is an American professional baseball pitcher who is signed to the  Milwaukee Brewers of Major League Baseball (MLB). He is a 3x All-Star and 2X  National League Reliever of the Year Award winner.

Millersville, Maryland native, Josh  Hader was born on 7th April 1994, under the star sign Aries. He is the son of Tom and Patricia Hader. The twenty-seven years old holds an American nationality and is of white ethnic background.

How Much Is Josh Hader's Net Worth In 2021? Salary & Contracts In Detail

The following year, Milwaukee extended his contract for a 1 year of $687,600.

On 14th February 2020, he signed a 1 year $4.1 million contract with Milwaukee, settling in arbitration.

Josh Hader's Wife: Is He Married?

Josh Hader is married to Maria Macias. The couple started dating for a very long time right from 2013.

Maria was a marketing and promotions assistant for the Houston Astros’ Double Team, the Corpus Hooks, where Hader was playing. The duo met there and the rest is history.

Maria Macias graduated from Texas A&M University, Kingsville in 2017. Aside from working for the Corpus Hooks, she also worked for Arizona Women’s Golf Association and KRIS Communications. 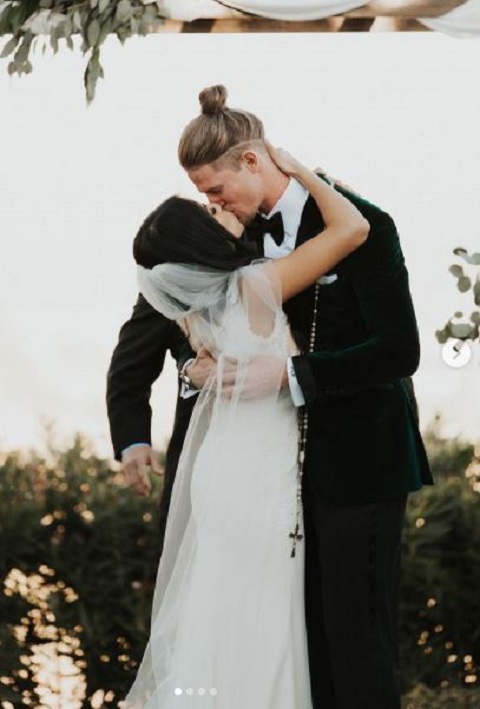 Josh Harder enrolled at Old Mill High School where he played for the school's baseball team. He had a 10–0 win-loss record, a 0.30 ERA, and 125 strikeouts as a senior.

Upon graduation, he was prepared to enroll at Anne Arundel Community College.

In the 20212 MLB Draft, Hader was picked by the Baltimore Orioles in the 19th round with the 582nd overall selection.

He then plated for various minor league teams such as the Gulf Coast Orioles,  Aberdeen Ironbirds, and  Delmarva Shorebirds until 2013.

On 31st July 2013, the Orioles traded Hader to the Houston Astros along with L. J. Hoes in exchange for Bud Norris. He played the remaining 2013 season for the Quad Cities River Bandits of the Class A Midwest League.

In 2014, he pitched for the Lancaster JetHawks of the Class A-Advanced California League.
On 30th July 2015, The Astros traded Hader to the Milwaukee Brewers alongside Brett Phillips, Domingo Santana, and Adrian Houser in exchange for Carlos Gomez and Mike Fiers.

Hader was assigned to the Biloxi Shuckers of the Class AA Southern League, concluding the season with a 3.03 ERA combined.

In 2016, Hader was invited to spring training. He started the season playing with Biloxi. Further, he was selected to appear in All-Star Futures Game.

After the 2016 season, Hader has added to their 40-man roster of Milwaukee Brewers. On 9th June 2017, he was promoted to the major league and made his MLB debut the next day with the Brewers.

On 30th April 2018, Hader record eight strikeouts in an outing that was less than three innings long, becoming the first pitcher to do so in history. That season, he was awarded the National League Reliever of the Year Award, becoming the first non-full-time closer to have the honor.