Jon appeared in many reputed programs and shows including Mike and the Mad Dod, Jim Rome is Burning, and many more. How much net worth does Jon Heyman acquire so far? Do you want to know more about his salary, net worth, and personal life?

Jon Heyman Salary and Net worth in 2019

Jon Heyman is in his broadcasting career for a long time, so it is evident that his net worth, salary, and career earnings are massive. Jon is also among the well paid MLB Network's insider. So far his net worth is estimated more than $5 million. In addition to this, the exact figure for his salary is not revealed, but there are some assumptions regarding his salary.

Apart from his career with the MLB Network, he also worked for some other reputed networks. He is estimated to have earned around $2 million from his job with other networks. Moreover, he also lives a luxurious life with his massive net worth. The total value of his assets and liabilities is calculated to be around $2 million.

Jon Heyman is a reputed sportswriter who has gained a lot of popularity in the broadcasting field. Heyman. Heyman is also among those who don't like to share details about their relationship status in the media, so it is hard to extract details about his probable spouse.

Some of the sources claim that he is married and is enjoying his marital life with his spouse. Due to the lack of facts, it is only a rumor. It cannot be confirmed whether he is married or not unless he claims something about his relationship status.

He is also active on social media, but he updates facts regarding his professional life only. There isn't a single hint available which puts a light on his current relationship status. In addition to this, he spends most of the time in his career and doesn't want to get involved in controversies.

Who is Jon Heyman? Bio, Childhood, and Parents

Jon Heyman was born in Santa Fe, New Mexico, on February 7, 1961, to American parents. He holds American nationality and belongs to the white ethnic group. He spent his entire childhood in Cedarhurst, New York along with his siblings. 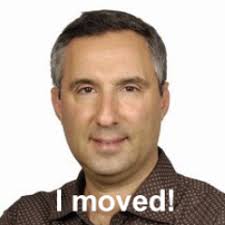 Jon completed his graduation from Lawrence High School in 1979. Later he attended the  Northwestern University's Medill School of Journalism and completed his degree in journalism. 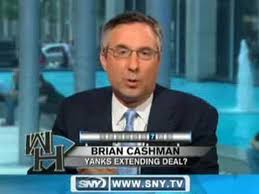 Jon appeared in many reputed programs and shows including Mike and the Mad Dod, Jim Rome is Burning, and The Michael Kay Show, and many more. He started his career with the MLB Network after he resigned from the CBS Sports in 2016.