John Hynes is a professional ice hockey coach for the past 19 years. He is the current head coach for the New Jersey Devils of the National Hockey League (NHL). Besides, he has been an NHL coach since the year 2015.

Apart from that, Jhon is being a frequent headline for the media after he recently signed a multi-year contract with Devils as a head coach. Are you interested to know more? Then scroll below till the end.

John Hynes Personal Life; Know About his Wife and Children

John Hynes is currently married to his beautiful wife, Sarah Hynes. The duo met on the University weight room. From then the couple was seen out on the public frequently. Unfortunately, the exact date of marriage has not been revealed. 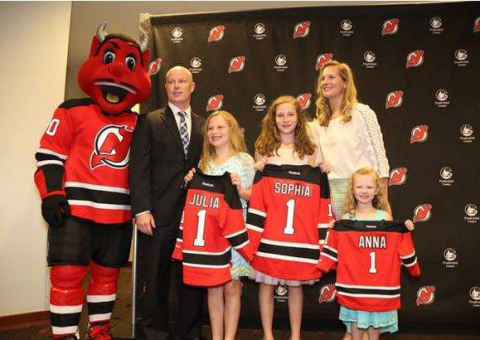 John Hynes with his wife and children SOURCE: Twitter

The couple is the parents of three daughters Sophia, 14; Julia, 13 and Anna, 8. The couple currently resides with their children in Warwick, RI.

Besides, there are no reports of John dating any other girls in his past history. It seems that he is committed to a single woman only. Likewise, the coach has not been involved in any sort of rumors or controversy.

Who is Sarah Mikla Hynes?

Sarah was born as Sarah Ann Mikla on September 26, 1973, in Hammond, Wisconsin. She attended St. Croix Central High School and later received her bachelor’s degree in movement science from the University of Pittsburgh in 1996. She also holds a master’s degree in teaching health and physical education.

Later, she left her career to become a stay-at-home mom to her and her spouse's three daughters, Sophia, Julia, and Anna.

John Hynes stands at an average height of 5 feet and 7 inches tall. Besides, he has a well-maintained body that weighs about 70 kg.

John Hynes Net Worth and Earnings

John Hynes has an estimated net worth of  $4 million. However, hockey coaches' pay ranges from unpaid, voluntary positions to seven-figure contract. Salary typically depends on a professional level, years of experience and the success of the school, club or professional program.

According to the Bureau of Labor Statistics, the average salary of a professional hockey coach is about $60,000. This figure is of minor hockey league coaches. On the other hand, NHL coaches' salaries are about $1 million on average.

However, some coaches, such as former NHL star player Wayne Gretzky, make far more. As the head coach of the Phoenix Coyotes, Gretzky’s 2009 contract was for $6.5 million.

John Hynes was born on February 10, 1975, in Warwick, Rhode Island, U.S.A. As per his wiki, he grew up in his home town as it is estimated he completed his high school education from his hometown. 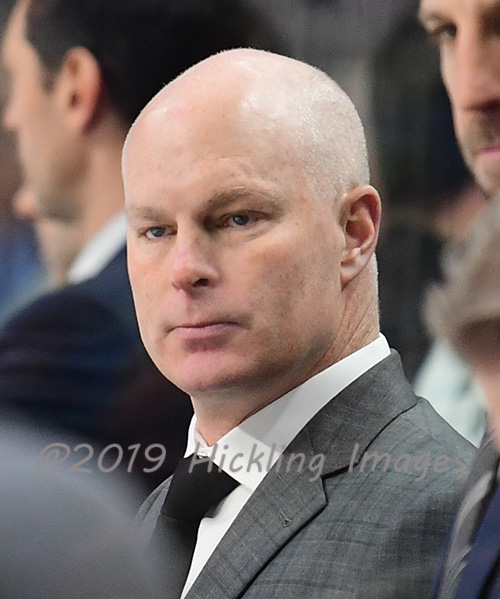 A 1997 graduate of Boston Unversity, John was also a three-year letterman for the Terriers as a forward and participated in four straight NCAA Frozen Four Tournament as a youth. Apart from that, he holds American nationality and is of white descent.

Later, on June 2, 2015, Hynes was named as the new head coach of the New Jersey Devils of the National Hockey League, replacing Scott Stevens and Adam Oates. Finally, On January 3, 2019, Hynes signed a multi-year contract extension with the Devils.