Began his professional golfer journey in 2010, Sahem played on PGA Tour Canada until 2013. In 2014, he won the order of Merit to receive his Web.com Tour card for the next season.

In late 2014, he appeared in three events on PGA Tour Latinamerica, finishing tied for second in two of them.

Dahmen finished 176 in the FedEx Cup rankings with his best finish being a T9 on the 2016-17 PGA Tour season. He reached  24th in the Web.com Tour Finals which earned him a PGA Tour card for the 2017–18 season.

In 2019, he finished second to Max Homa at the Wells Fargo Championship.

Dahmen won his career's PGA tour title in March 2021 at the Corales Puntacana Resort and Club Championship in the Dominican Republic.

PGA golfer, Joel Dahmen is married Lona Dahmen. The couple met back in 2012 in Old Town Scottsdale: they were waiting for a late-night pizza snack.

"While being squished into a small space together waiting Joel struck up a conversation and said he would buy Lona a slice if she got up the line faster than him. Probably the best pickup line for Lona because she loves food and would take that challenge any day!

Not sure we ever reached the end of the line before Joel's friend Annie (still a great friend to both of us) beat us to it by getting a whole pizza. Before Joel jetted off Lona boldly suggested Joel take her number so they could hang out sometime, even though she had asked her friends to stop her from handing her her number. Lona had planned on living a single life with plans to move to New York City 4 months later. Little did she know, meeting Joel that night would change everything!" Mr. and Mrs. Dahem wrote on their wedding website. 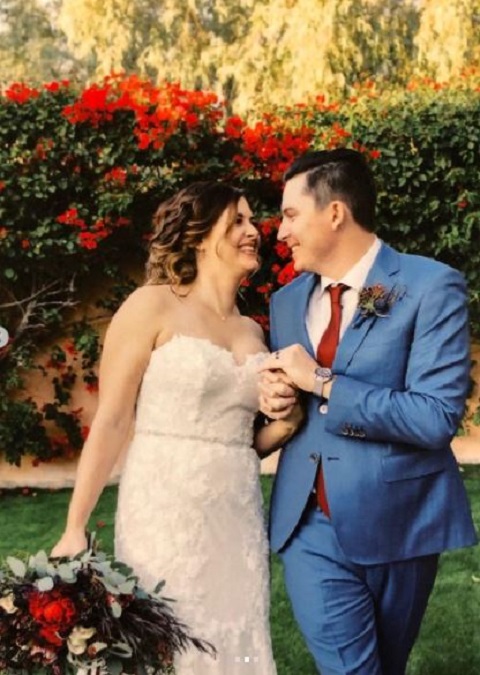 After dating for seven years straight, Joel and Lona took their relationship to the next whole level. They tied the knot on 15 December 2018. Their wedding ceremony took place at the Royal Palms in Phoenix.

Joel Dahmen is active on Instagram with 38.4k followers. He often shares pictures with is wife.

On 15th December 2021, he shared a wedding picture and wrote, "I married the most amazing woman 3 years ago today. I'm a very lucky man and I still enjoy looking at her hoots."

On the other hand, Lona has set her Instagram account private. Though she prefers a low-key life, she, however, travels to every possible event with her husband.

And the big question that remains today is WHEN THEY ARE HAVING BABY?

Not only him in the family: when he was a junior in high school, his mother passed away of pancreatic cancer in 2005.

How Much Is Joel Dahmen's Net Worth In 2022? Career Earning

Joel and Lona purchased their dream home in Scottsdale after the wedding in 2018.