Jerry Dipoto is a former professional baseball player who currently serves as the President of Baseball Operations for the Seattle Mariners of Major League Baseball (MLB). Before serving in his current position, Dipoto previously held multiple positions in various teams like the Arizona Diamondbacks and Los Angeles Angels. Besides that, Dipoto is a married man, and he has three kids with his wife.

Apart from that, Dipoto professionally played for multiple teams in the MLB. From 1993 to 2000, he played for Colorado Rockies, Cleveland Indians, and New York Mets. After retiring from a professional baseball career, Dipoto got engaged in the same field, working in various front office roles. And since 2015, he has been with the team of Seattle Mariners.

Jerry Dipoto was born Gerard Peter Dipoto on May 24, 1968, in Jersey City, New Jersey, to his parents Gerard & Barbara Dipoto. The former baseball player was raised alongside his two siblings, Marc Dipoto and Lori Dipoto-Dorsey.

Furthermore, Dipoto was a passionate person about sports from an early age, and during his high school, he played at Toms River High School North in Toms River, New Jersey. Later, he went to Virginia Commonwealth University, where he played for the team of VCU Rams.

Insights On His Professional Baseball Career

Dipoto's professional baseball career started when the Cleveland Indians team selected him in the third round of the 1989 Major League Baseball Draft. Furthermore, Dipoto made his MLB debut in the year 1993. After finishing the 1994 season, he was traded to the New York Mets. 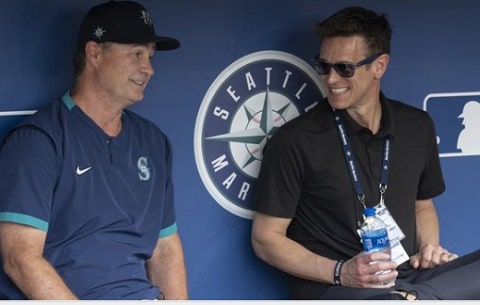 Similarly, he was traded to the Colorado Rockies for Armando Reynoso following the 1996 season. Sadly, Dipoto was not able to continue his career and was forced to end his career after a bulging disk was discovered in his neck. So, he retired from professional baseball in 2000.

As said earlier, Dipoto didn't leave sports, and after retiring, he started working as a special assistant to then-general-manager Dan O'Dowd in the Colorado Rockies. In the year 2003, Dipoto also became a scout for the Boston Red Sox. The following year, he came back to the Rockies as the head of professional scouting.

Later, he also served in other positions. On July 1, 2010, Dipoto was named interim General Manager of the Arizona team. He made headlines on October 28, 2011, when it was announced that, Dipoto was going to be the general manager of the Los Angeles Angels of Anaheim. 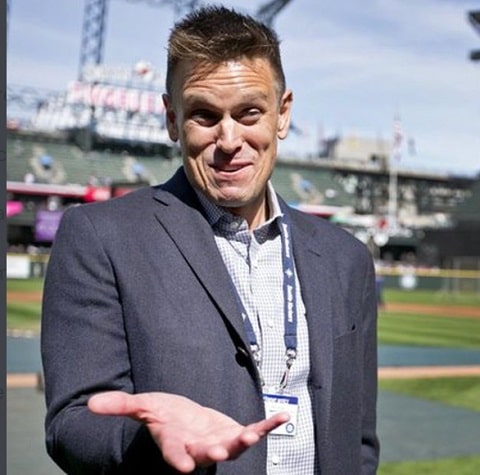 After some time, Dipoto got a new opportunity, and on August 12, 2015, he began taking the advisory role of the Boston Red Sox. On September 28 of the same year, he was hired by the Seattle Mariners as a General Manager. After serving in the respective position, he was promoted to president of baseball operations on September 1, 2021. Since then, he has been holding this position.

Jerry Dipoto Salary and Net Worth

Currently, Dipoto is associated with Seattle Mariners, from where he might be receiving a decent salary. The precise amount of his earnings remain under review as none of the verified sources have given hints regarding his income.

Besides that, he is a former professional baseball player, and his salary in 2000 was $2.35 million. Likewise, he was associated with multiple teams that helped him ammas a huge net worth. According to a source, Dipoto is estimated to have a net worth of around $500,000 to $1 million.

For your information, a baseball player has an average salary of $4.38 million. So, Dipoto may have earned in the same range during his professional baseball career. After retiring, he held multiple positions, which became a plus point for increment in his earnings.

Moreover, Dipoto is still active in this field, and his revenue will increase more in the future. No doubt, Dipoto lives a quality life having such an impressive fortune.

Married Life: His Wife and Children

Coming into his married life, Dipoto cherishes a happy life with his beloved wife, Tamie. Further, the pair have been in a marital relationship for a long time, but the actual date of their marriage is unknown. Further, the couple lives a lowkey life, maintaining a distance from the media.

Besides, the couple has already started their own family and is blessed with three kids named Taylor, Jordan, and Jonah. The lovely family of five lives a happy life, and all of them have kept themselves away from media prominence.

As Dipoto is of private nature, we are also unable to share details regarding his wife's profession. But we can say that she is a loving and supportive housewife who takes care of her family in the best possible way. Talking more about Dipoto, he is a thyroid cancer survivor. As per a report, he underwent curative thyroid surgery in 1994.

Apart from that, there are many accounts under his name which has been opened by his fans and well-wishers. Furthermore, we can get updated with his professional by exploring some verified news portals.

Some Interesting Facts About Jerry Dipoto