Jeremy Van Brown well recognized as Jeremy Brown is an American retired baseball catcher who played for the Oakland Athletics. He was picked by the Athletics in the 2002 Major League Baseball (MLB) draft in the first round with overall 35th selection.

Kown for his place in Michael Lewis' 2003 #1 bestseller Moneyball, Jeremy Brown was born on 25th October 1979. Birmingham, Alabama native, he holds an American nationality and belongs to the white ethnic background.

Jeremy Brown Net Worth 2020; How much does he Earn annually?

As of 2020, Jeremy's net worth is estimated at $0.3 million. In 2002, he was signed by the Oakland Athletics for an undisclosed signing bonus which is believed to be more than $600,000. He lasted only six seasons in MLB, playing over the first 4 years in the minor league and then to the major league.

He made his MLB debut in 2006 and that season, the minimum salary of the MLB rooster was recorded $327,000. (P.S. Derek Jeter was the highest-earning MLB players that year with an annual salary of $20.6 million)

After baseball, Jeremy returned home to Hueytown to follow in the footsteps of his father and become a coal miner. According to the source, the national average salary for a Coal Miner is $77,078 in the United States.

Since retirement, Jeremy Brown has distanced himself from public attention. Matter of fact, he remains inactive in social sites such as Facebook, Twitter, and Instagram. As per ESPN reports, Jeremy is a married man. He shares a son and a daughter with his wife. But due to his low key personal life, the name of their family members is yet to be revel. 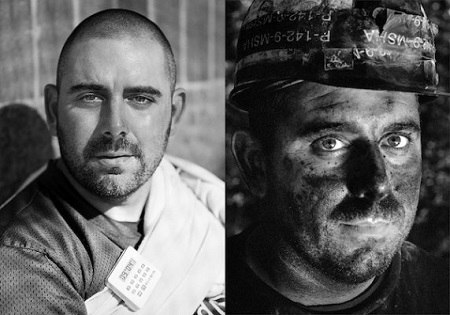 In an interview, he said, "Playing baseball is something that I loved to do, but I'm happier now because of my family and not because of my job," Further he added, "I'm able to coach youth baseball." Most important? "I'm home and not traveling all the time."

Brown enrolled at Hueytown High School in Hueytown, Alabama, where he also played baseball for the school team. Upon graduation, he attended the University of Alabama and joined the Alabama Crimson Tide baseball team. At university, he won the Johnny Bench Award as the nation's top collegiate catcher.

In the 2002 MLB Draft, Brown was selected in the first round with 35th selection overall by the Athletics, alongside Nick Swisher and four others. Though spending the majority of his time with the Oakland's Double-A Midland RockHounds and Triple-A Sacramento River Cats, "Badge" he recorded a .379 OBP over his first 4 years. 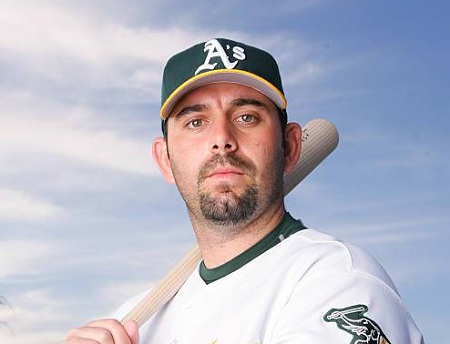 On September 3, 2006, Brown made his Major League debut, against the Baltimore Orioles, where he recorded 3 hits in 10 AB, including two doubles, and a .364 OBP in the Major Leagues for the 2006 season.

On 23rd May 2007, he was designated for assignment by the Athletics and then outrighted to the minors.

On February 15, 2008, Brown disclosed his decision to retire. What's more, he was the team's third-ranked catcher behind Kurt Suzuki and Rob Bowen and was unlikely to make the major league roster.