Jaye Marie Green is a rising American professional golf player who has been playing at the professional level since 2013. Jaye won several amateur events before turning professional. Jaye is currently playing in the LPGA events and played in Symetra Tour in her initial days. Green is yet to win a major event in her professional career.

Jaye Marie Green was born on February 2, 1994, in Ft. Lauderdale, Florida. She is among the two children born to Stephaine Green and her husband, Donnie Green. Jaye has a brother named Matt Green, who worked as her caddie in her early days. After graduating from High School, Jaye turned down a scholarship to play collegiate golf at the University of Florida to turn pro. Marie stands five feet and six inches tall and weighs 60 kgs.

How Rich is Jaye Marie Green? Know About Het Career Earnings, Net Worth, and Prize Money

Jaye Marie Green has an estimated net worth of more than $1 Million. Besides, her prize money, Marie must be making a lucrative sum from her sponsors like UKG. Brittany Altomare is another rising American golf player with a similar net worth. 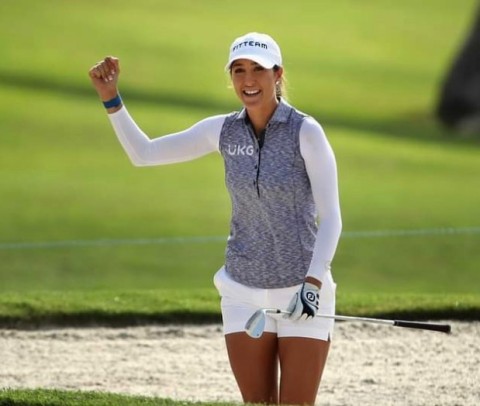 Who is Jaye Marie Green Dating? Know About Her Boyfriend and Relationship Status

Jaye is an active social media user and keeps updating her 69k followers regularly. Following her posts, it seems like Jaye is single as of early 2021. She likes to spend her free time with her friends and her family. Green keeps herself busy practicing for the games and traveling to holiday destinations.

Jaye was a member of the victorious 2011 U.S. Junior Solheim Cup Team. She started training at the age of eleven. In 2011, Marie posted a career-best runner-up finish in the Symetra Tour. Green also won the 2011 South Atlantic Amateur (Sally) Championship. Jaye made her professional debut in 2013 at the Symetra Tour.

In 2016, Marie became the first player to earn medalist honors twice at the LPGA Final Qualifying Tournament by winning in 2013 and 2016. She qualified for several top tournaments in the following season but could not make it to the top. Green finished T5 at the U.S. Women's Open for her career-best finish in a major championship. In 2020, the golf player had a huge motorcycle accident and was lucky to get away with minor injuries.