Jason Belmonte is a professional ten-pin-bowler from Australia on the PBA tour in the United States and world circuits. He is well known for being one of the first bowlers to get media attention for using the two-handed “shovel” style to deliver his shot. As of now, he has won 22 PBA titles in his career. salary

Nicked name, Belmo, has been named PBA Player of the Year five times. On 3rd January 2020, he was named the male Player of the Decade (2010-2019) by Bowlers Journal magazine.

Jason Belmonte is a married man. He married his longtime girlfriend Kimberly Shapter after having a long affair in 2007. 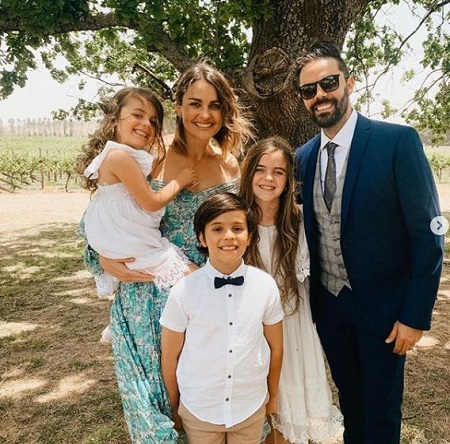 The couple has three children together, Aria, Hugo, and Sylvie. Their first child Aria was born in 2009 and was joined by a son Hugo in 2012. The couple became the parents for the third time in 2016 with the birth of Sylvie. 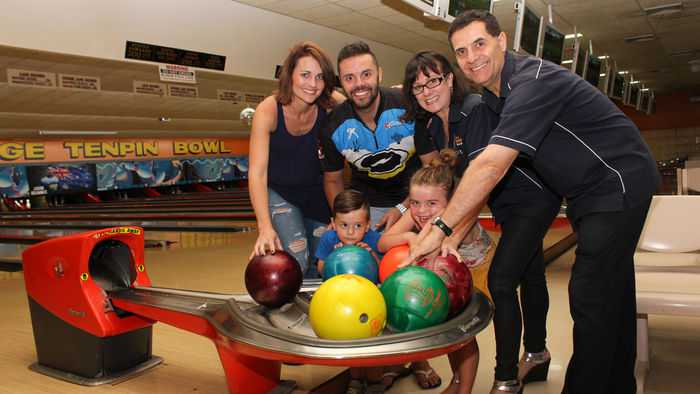 Jason Belmonte with his wife, children, and parents SOURCE: ABC

Jason Belmonte has reached the age of 35 now. He has a height of 5 feet and 10 inches, which is around 1.77m. He has never been a part of any controversy. He is also popular for his endorsements. He is a philanthropist. He is associated with several charitable institutions in Australia.

Jason Belmonte's Net Worth In 2020

He is one of the most important figures of the PBA. He has a successful career ahead. Numerous of his fans follow him on social networking sites. His fans are largely growing on Twitter and Instagram. Recent updates about his bio can be taken from Wiki.

Jason Belmonte was born on 29 July 1983, in, Orange, New South Wales, Australia. Born to father Aldo Belmonte and mother Merisa Belmonte, he is an Australian and his ethnicity is unknown at this time. His zodiac sign is Leo.

His father opened the Orange Ten Pin Bowl when Jason was a child. As a result, he began playing with a ball at 18 months old.

Jason Belmonte manages to win European Bowling Tour title which was held in Greece. He also won the World Tenpin Masters championship in 2007. In September 2010, he manages to earn the Korea Cup title.

At the age of seventeen, he became the first Junior Australian to a bowl a 300 game overseas. He also bagged five gold medals at the 2000 Junior National Championships.

In 2001, he was honored by the Orange Junior Sportsperson of the Year and also won the 2002 Senior Award.

Belmonte had an impressive season in 2014. He won the first tournament of the 2014 PBA season, the Barbasol Tournament of Champions in Allen Park, Michigan. On Feb 12, 2017, he won his 13th PBA title. On 26 February, he defeated Michael Tang and bagged his 14th PBA title.