Jake Odorizzi is an American professional baseball player who plays in the Major League Baseball (MLB). As of 2019, Jacob Todd Odorizzi currently plays for the Minnesota Twins as their Starting pitcher. Jacob Todd Odorizzi has played for other teams like Kansas City Royals, Tampa Bay Rays.

How much is Jake Odorizzi's Salary and Net worth in 2019? 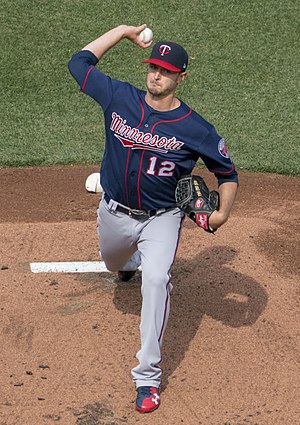 Jake reportedly signed a 1 year $9.5 million contract with Minnesota Twins on January 11, 2019. This contract further includes a guaranteed sum which is around $9,500,000. Jake is among the highest earners of the Minnesota team along with Nelson Cruz since he earns a sum of $9,500,000 annually as his salary from the team.

Kept aside Jacob Todd Odorizzi financial earnings, his personal assets includes a Home and cars. Moreover, he earns a good amount of money from various sponsorships.

Is Jake Odorizzi Married Or Single? Know his wife/girlfriend and children

The 29 years old player Jake is a married man. He got married to his charming and beautiful girlfriend Carissa Boxell on November 10, 2012, in Highland Illinois, in front of family and friends in a lavish wedding ceremony after being in an affair for a very long time. 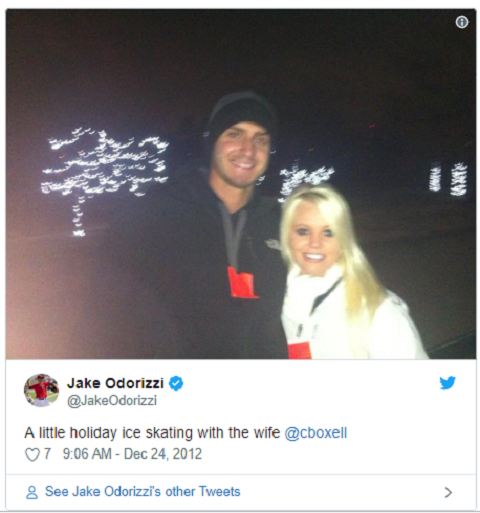 In addition to this, he hasn't mentioned any details regarding his past relationship or affairs on the media. Besides, he spends a lot of time with his family.

The Famous MLB star is 6 feet 2 inch in height and has a decent weight along with a charming personality. Jacob Todd Odorizzi is not only a world-class athlete but also has a very attractive individual.

Other than being a famous MLB Starting pitcher, Jacob Todd Odorizzi is pretty famous in social media with thousands of fan followers.

Jacob Todd Odorizzi was born on March 27, 1990, in Breese, Illinois, United States. He is American and belongs to the White ethnic group and his star sign is Aries. He was raised in his hometown by his parents.

Jacob Todd Odorizzi attended Highland High School in Highland, Illinois where he played for his high school baseball team. His age is around 29 years in 2019.

Jake began his professional career after he was drafted in the 2008 Major League Baseball Draft by Milwaukee Brewers and was later traded along with Lorenzo Cain and other two players to the Kansas City Royals in 2010 for Zack Greinke and Yuniesky Betancourt.

After playing for two seasons with the Royals team he was traded in exchange for Wade Davis and James Shields to the Tampa Bay Rays and played until 2018 with them. Since then, he is playing for the Minnesota Twins team and is currently under a year agreement.