Jacob Trouba is an American professional ice hockey player who plays in the National Hockey League (NHL). As of 2019, Jacob Ryan Trouba currently plays for the Winnipeg Jets as their Defender.

Jacob Trouba Net Worth And Salary

Further, the NHL player has an average salary of $5,500,000 annually while Connor Hellebuyck is among the highest earner of the team with an annual salary of $6,166,667. Jacob Ryan Trouba so far has made earnings of $14,607,500 from his entire NHL career.

As per the records, Jacob Trouba is in a romantic relationship with his girlfriend, Kelly Tyson. Further, Jacob Trouba and his adorable girlfriend Kelly Tyson are spotted together at different events which indicates they share a quality of time together. Additionally, the duo seems to be very deep in love. 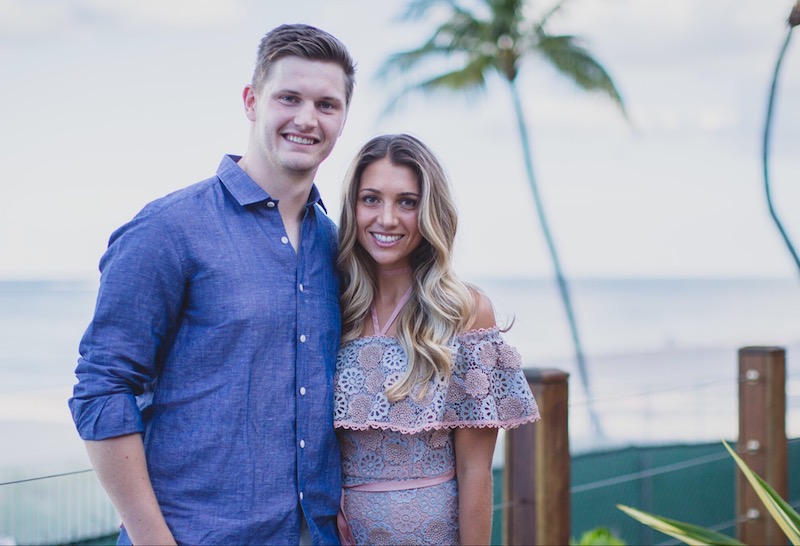 Surfing about Jacob Trouba quite a while, the love birds seem to be in love for quite a long time. However, they have not revealed their engagement or wedding until now. Further, the duo might be waiting for a perfect time to get married.

Jacob Ryan Trouba was born on February 26, 1994, in Rochester, Michigan, the U.S to parents John Trouba and Kristy Trouba. As per his nationality, he is American and belongs to the White ethnic group. Further, his star sign is Pisces. He grew up along with his sibling, T.J. (brother).

Trouba was drafted by the Jets in the 2012 NHL Entry Draft's first round, ninth overall. Trouba played his first NHL career game for the Jets on October 1, 2013, where he scored his first NHL goal against the Edmonton Oilers' Devan Dubnyk.

Trouba released a statement through his agent on September 23, 2016, stating that he had requested a trade from the Jets. Trouba agreed to a two-year, $6 M contract with the Winnipeg Jets on November 7, 2016. Later, in 2019, he signed a 1-year contract extension with Jets.

Currently, he is playing with his star team-mates such as Nikolaj Ehlers, Ben Chiarot and many more.