J.T Poston is a rising American professional golf player. He has been playing at the PGA Tour since 2017. However, Poston turned professional in 2015. The golfer has played in more than 110 events in his professional career and won one PGA Tour. He became the first player since 1974 to win a PGA Tour event while going bogey-free.

J.T Poston was born James Tyree Poston on June 1, 1993, in Hickory, North Carolina. He is among the two children born to James Tyree Sr. and his wife, Cheryl Poston. The golfer has a brother named Bailey. His grandfather played golf and remains the most significant source of inspiration. Poston graduated from Hickory High School and enrolled at Wester Caroline University, where he won six times, including two consecutive Southern Conference titles. Talking about his physical appearance, James stands six feet and one inch tall and weighs 75 kgs.

James has been earning millions from his golf career. He has been climbing the ladder of success. A golf player makes a reasonable sum other than his prize money through his contract, Sponsorships, Endorsement deals. J.T Poston has an estimated net worth of close to $5 Million. He has earned the most from Wyndham Championship of prize money of $1.1 Million. 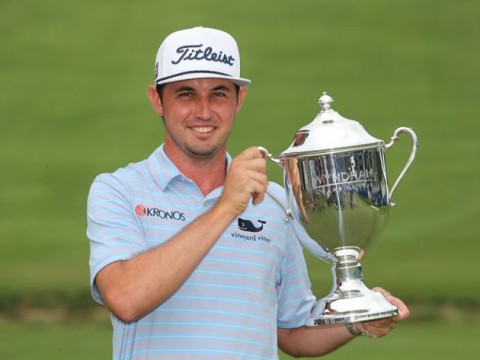 Who is James Tyree Dating? Know About His Relationship Status and Girlfriend

James is dating his longtime girlfriend, Nicole Nielly. The love birds have been dating each other for more than seven years. Going through their social media posts, it seems like they met each other in high school and have been together ever since. Both of them are active social media users and keep posting their photos and videos. 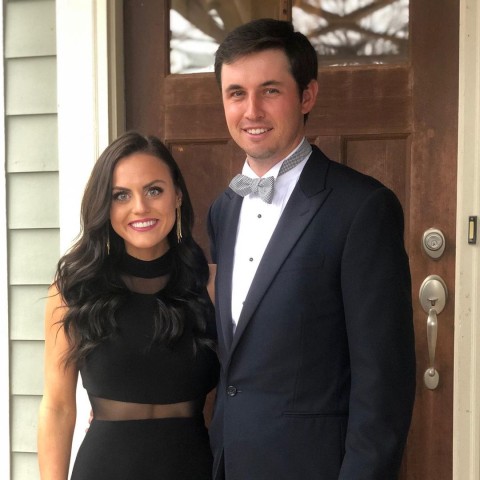 Poston along with his girlfriend, Nicole SOURCE: [email protected]

There has been no news about their engagement of wedding. It seems like James and Nicole are waiting for the right time to tie their nuptials. Nicole keeps attending Tyree's games regularly. James likes to spend his free time with his family and friends.

Although James turned professional in 2015, He could not qualify for significant events. In 2016, He qualified for the United Leasing Championship on the Web.com Tour and finished T23. At the end of the season, Tyree finished 10th on the regular-season money list and earning a 2017 PGA Tour card. In 2019, The golfer earned his first professional victory by winning the Wyndham Championship.

Poston won several amateur titles like the 2011 Trusted Choice Big, the 2014 SoCon Championship, and several other titles. He is very much early in his career and will be playing in more tournaments in the days to come.