James Hahn was born on November 2, 1981, in Seoul, South Korea. He is among the two children born to Hahn Byung-il and his wife, Hahn Sophia. His parents emigrated from South Korea to the Bay Area in early 1980. He has an elder brother named Tom Hahn. Hahn was raised in Alameda, California. He played on the Canadian Tour, Korean Tour, and Gateway Tour before joining the Nationwide Tour in 2010.

How Rich is James Hahn? Know About His Career Earnings, Prize Money, and Sponsorships

James Hahn has an estimated net worth of more than $10 Million. He credits most of his net worth through his successful career in golf. James earned $327,000 in his last season of 2019/20 when he played just 12 events. Hahn has played in only eight events in the on-going season but earned $644,000, making in the top 10 in 3 events. 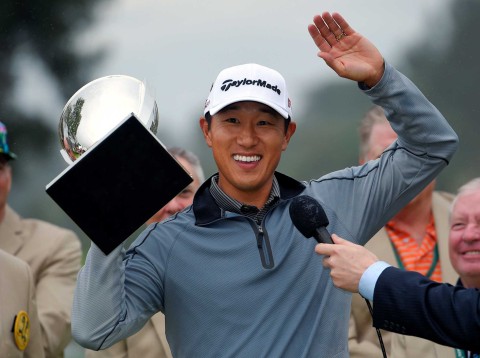 A golf player earns a reasonable sum through his multiple income sources like prize money, Sponsorship, advertisement deals, and endorsement deals. In his seven appearances in Genesis Open, James has earned $1,619,043 and $1.3 Million from Wells Fargo Championships. He earned $853,000 in the 2012/13 season. Hahn took home $2.3 Million in the 2015/16 season, which remains his highest-earning in a single season.

Relationship Status of James Hahn; Who is his Wife?

James Hahn and Stephanie Hahn tied their wedding knot in 2013. The duo had a private wedding ceremony where they invited only a few members from both the families and some close friends in their lavish ceremony. James and Stephanie first met each other in 2004. They were in a romantic relationship for eight years before tying their wedding knot. Both of them met each other at the UC-Berkeley. 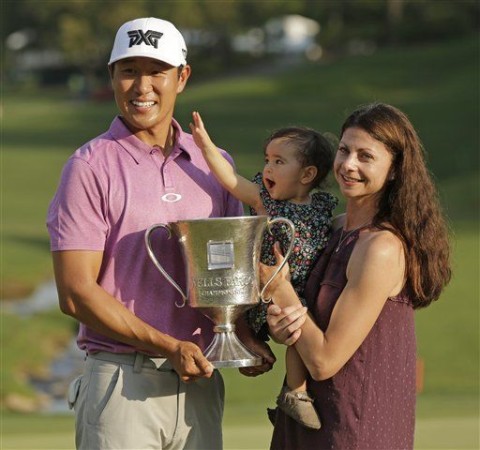 James Hahn with his wife and daughter SOURCE: PGA Tour

Soon after their wedding, James and Stephanie welcomed their daughter, Kailee, in 2016. He took four weeks off from golf so he wouldn't miss his daughter’s birth and so he could spend time with her when she came home. The golfer likes to spend a lot of his free time with his daughter and the family.

Seoul Native James turned professional after graduating in 2003 from the University of California. He did not get to play on the national tour, so; he played on the Canadian Tour, Korean Tour, and Gateway Tour. Hahn won his first Tour in 2012 at the Rex Hospital Open. In 2015, James won for the first time on the PGA Tour at the Northern Trust Open.