Gossip Is Thorgan Hazard Married? Who Is His Wife?

Is Thorgan Hazard Married? Who Is His Wife?

When it comes to love, even celebrities want to find their perfect half, and the talented soccer star Thorgan Hazard found his soulmate in the early 2010s. And in December of 2021, Hazard and his loving wife crossed their marriage's half-a-decade mark. Besides living out his fantasy as a soccer star, Thorgan lives a blissfully wedded life with his spouse.

As one of Belgium's national football team members, Thorgan is the center of attention. And the talented soccer star is accustomed to the media. However, Hazard mostly keeps his wife and kids away from the limelight. There are some instances where the footballer shared about his loving family, but it's few and far between. And from the rare moments he shared about his family, fans see the Belgian footballer as a family-oriented man.

Thorgan Hazard married his wife, Marie Kindermans, near Christmas in 2016!

To the Belgian footballer, December isn't just about the holiday season. No, it is also the month that Thorgan Hazard officially became a husband to his lover. And the talented soccer star exchanged his vows with the love of his life, Marie Kindermans, on December 23, 2016. 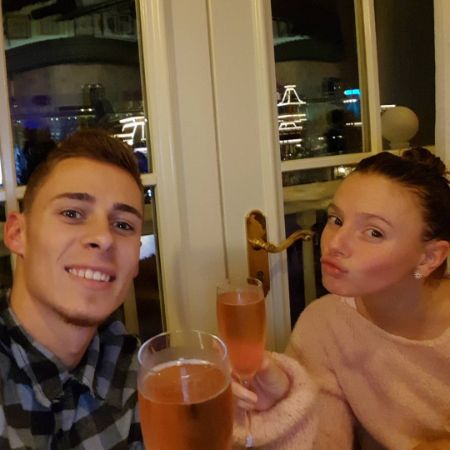 Thorgan Hazard and his wife Marie Kindermans posted this picture on their first anniversary as a married couple. SOURCE: [email protected]

Although Kindermans doesn't shy away from public appearances with her husband, Marie enjoys her privacy. As such, Hazard and his long-time girlfriend tied the knot away from the public. Thorgan and Marie celebrated their union in an intimate setting.

The couple, Marie and Thorgan, dated for years before their wedding. However, Hazard kept his relationship with his then-girlfriend a secret from his fanbase. And during the start of this Belgian footballer's love connection with Kindermans, Thorgan's fans remained oblivious to his new relationship. His wife and the soccer star dated for years and finally made the info public.

Even today, after half a decade-long marriage, people know very little about Thorgan's wife. But Marie stayed with the soccer player through his highest points to his lowest of lows. And yes, Kindermans has celebrity status from her wedlock with Hazard and is the wife of a high-profile athlete who likes to keep out of the limelight.

Thorgan Hazard and Marie Kindermans welcomed their child before the wedding!

Thorgan Hazard and Marie Kindermans knew that they had found their life partner in each other. With complete faith in their partners, Thorgan and Marie welcomed their daughter before exchanging their vows. Hazard's kid was born years before his wedding to his wife. 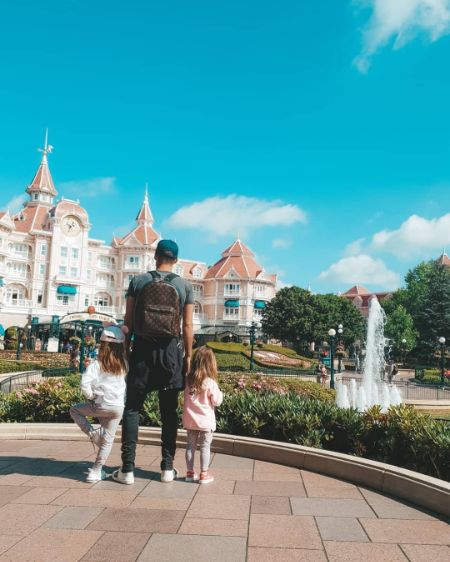 In December 2013, Thorgan and his loving wife, Marie, gave birth to Elayna Hazard. However, the talented footballer kept the birth of his child away from the media. But he shared about his kid in a few rare social media posts.

Like her personal life, Marie keeps her child out of the spotlight. As such, both Hazard and Kindermans try their hardest to protect Elayna from the unwanted limelight, so Thorgan's daughter can lead a somewhat everyday life.

Thorgan and Marie remain free from any unsavory rumors!

Life always comes with its ups and downs, and so far, Thorgan Hazard and his loving spouse, Marie Kindermans, have stayed together through thick and thin. And over the years, both Marie and her footballer husband remain entirely loyal to each other. 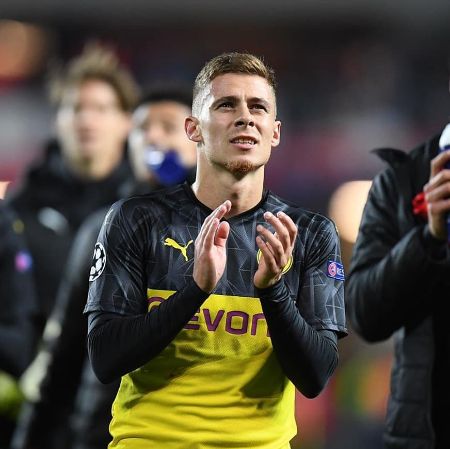 Thorgan Hazard is loyal to his wife and free of any scandals. SOURCE: [email protected]

With his handsome looks, Thorgan can woo any woman; likewise, Marie is also a beauty. But, the couple has only each other in their hearts. And so, the duo stayed away from adultery acts. So far, no news about the couple calling it quits has come to light; Thorgan and Marie lead their married life with no sign of divorce.

But returning to the past, Hazard has kept all his past relationships in the dark. Not only does the footballer share very little about his current relationship, Hazard never talks about his lovers of the past. As a result, Thorgan's ex-girlfriends stay a mystery to his followers.

Marie Kindermans enjoys a low-key life; however, she is also a performer, according to her Instagram page. And Marie currently holds a small online following compared to her husband, Thorgan Hazard.

Although Marie is fine sharing her passion, what she isn't okay with is sharing her day-to-day life. As such, Kindermans keeps her main Instagram account private. Similarly, she rarely appears on her hubby's IG posts.