Gossip Is Nemanja Radoja Rich Player? What is his Net Worth and Salary? Achievements, Source of Income

Is Nemanja Radoja Rich Player? What is his Net Worth and Salary? Achievements, Source of Income

Nemanja Radoja is a Serbian footballer who currently plays for the Spanish Club Celta de Vigo in La Liga. The 24-year-old defensive mid-fielder of Celta initially played for Vojvodina and with his 7 years of professional career, Nemanja is estimated to be enjoying the net worth of $1.7million.

So, how much did he earned in his professional career? What about his salary? Let's know all about Nemanja's source of income, achievements and net worth.

Net worth of Nemanja Radoja

Nemanja Radoja's main source of income seems to be his professional playing career, though no detail information about his property or any endorsements is listed till date. Nemanja's net worth as of 2018 is under review but as per the report of 2017, he is expected to have around $1.7 million. 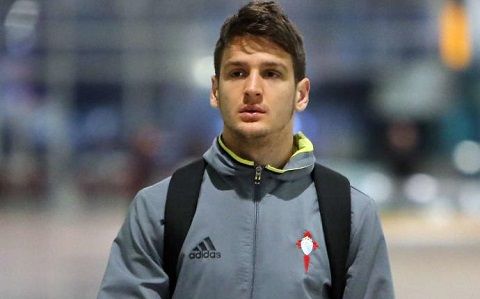 Nemanja, however, may not be as famous and rich as his teammate Iago Aspas who earns the annual salary of $3 million, but his career shining struggle earnings is impressive too. Let's know about his career earnings.

Celta's defensive mid-fielder with the jersey no. 6, Nemanja Radoja has the record of his 5 career goals.  He got professional in 2011 after joining CSK Celarevo with a loan transfer from the FK Vojvodina's youth team. However, the loan amount is not publicized.

After playing for a season in CSK, Nemanja signed a 5-year contract with FK Vojvodina on March 8, 2012, but was loaned-out to FK Cement Beocin,  a Serbian football club afterward.  In 2012, Nemanja's market value reached $188,554, though the salary earned in his 5-year contract is undisclosed.

Nemanja played for 2 seasons in Vojvodina till 2014 and signed a 5-year-deal with Celta de Vigo on August 12, 2014. The deal with the transfer fee of $6.8  million promised Nemanja with the annual salary over $1 million.

Have a look at one of the best and only of Nemanja while in Celta till date.

In 2017, the annual salary of Nemanja was reported to be $1.36 million, but it is less than that of his teammate Pione Sisto who earns $3.05 million annually.

And Nemanja seems to be not interested in showing-off his property as he has not opened much about it meanwhile. But we promise to update you on his house and endorsement deal detail soon it is out.

Nemanja Radoja honored to play in the 2018 FIFA World Cup

The former team member of 2012 UEFA European Under-19 Football squad, Nemanja was honored after he was called up to play for his homeland Serbia in the qualifying round of 2018 FIFA World Cup against Moldova and Austria. Though, he later made his debut in the friendly match against Ukraine after the injury of Naples Nemanja Maksimovic. 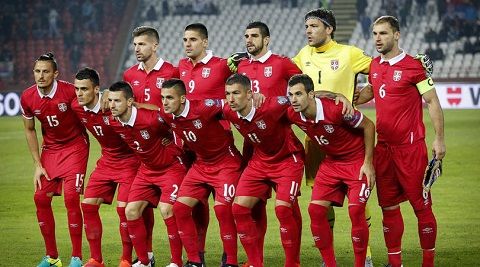 Since Serbia is qualified for the 2018 World Cup, fans expect Nemanja Radoja to play in the 2018 FIFA World Cup alongside Chelsea  Branislav Ivanovic and other stars. We wish you best for further and stay tuned for updates!