Ian Anderson is a rising American professional baseball player. Anderson has been playing in the Major League Baseball for the Atlanta Braves. Anderson plays as a baseball pitcher for his team. Anderson was part of the gold medal-winning team at the U-18 2015 Baseball World Cup.

Ian Anderson was born Ian Theodore Anderson on May 2, 1998, in Rexford, New York. He is among the three children born to Bob Anderson and his wife. His father played baseball at Siena and won New State Championships as a coach. Ian's brother Ben is also a professional baseball player and has a younger brother named Isaac. Anderson graduated from Shenendehowa High School and committed to playing for the University of Vanderbilt. Ian stands six feet and three inches tall and weighs 77 kg. Ian pitches the ball onto the batsman in an MLB game SOURCE: Talking Chop

Ian received a signing bonus of $4 Million in 2016. Last season, He had a salary of $105,910. Totaling his earnings from two seasons in the MLB, Anderson has taken home an amount of $4,681,410. The player is very much early in his career and will be making millions. Kyle Tucker plays for the Houston Astros and has a similar net worth and salary to Ian.

Who is Ian Anderson Dating? Know About His Girlfriend and Relationship Status

Anderson is dating his longtime girlfriend, Audrey Shaffer. The love birds have been together for more than five years. None of them have shared a word about their first meeting experience. Ian is an active social media user and keeps sharing numerous pictures of them going on vacations regularly. 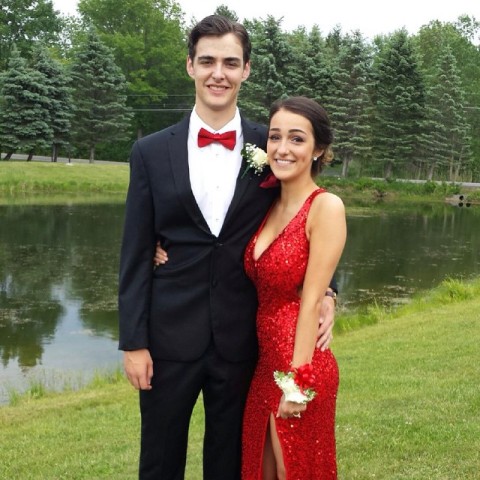 Ian and Audrey went to their High School prom together. Both of them are very much supportive of each other. Shaffer keeps attending Anderson's regularly.

Ian started playing baseball from a very early age. Anderson came from athletic family background and played in the 2013 14-and-under Babe Ruth League World Series. Ian played in Perfect Game All-American Classic in his junior year and played for the 18U National Team that won the World Cup. While in his senior year, Anderson helped the team to a Class AA state championship.

Ian listed his name for the 2016 MLB draft, and Atlanta selected him with the third overall pick in the 2016 draft and signed him for $4 million. He spent his rookie season playing in the Minor League Baseball for the GCL Braves. The player spent his next two seasons with the team and was selected as a Southern League All-Star in 2019. He won the Braves' organizational pitcher of the year award.

Ian started training with the senior team in spring 2020 and debuted in the first game of a doubleheader against the New York Yankees. He finished the 2020 season with a 3-2 record over 6 games started and 321⁄3 innings, posting a 1.95 ERA. Anderson extended his contract in relay 2021 for a season and is having a good season in 2021.