Representing the US national team, she earned seven gold medals at the IIHF World Women's Championships and the gold medal at the 2018 Winter Olympics.

Hilary Knight's Net Worth and Salary in 2022 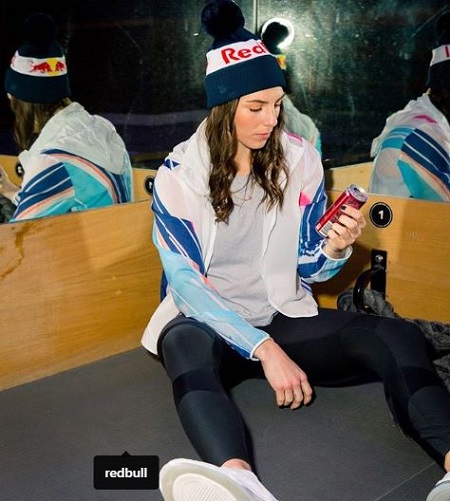 Besides, he has sponsorship deals with various brands including Redbull. She has achieved a huge level of name and fame in her professional career. Being standing as a top player of hockey is itself a big accomplishment. She has shared her net worth and salary with her fans.

Hilary Knight Personal life; Who is her Boyfriend?

Knight is neither married nor single. She is currently having a relationship with her boyfriend, Frederik Andersen,  who is an ice hockey goaltender for the Toronto Maple Leafs. The power-packed Ice hockey players are together since 2014. 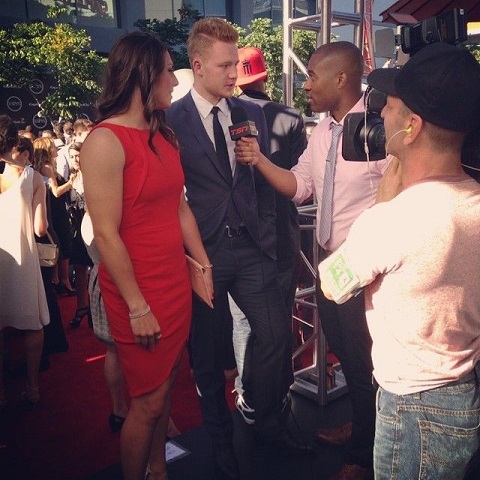 However, the couple has maintained their love life lowkey. They rarely share their photograph together on their socials. Despite being such a popular player of hockey, she has never been a part of any controversy. Also, there are no records of her past affair, boyfriend or spouse.

William Knight, James Jr. Knight, and Remington Knight are her brothers. She is a good friend of Amanda Kessel and Kelli Stack.

Hilary Knight has a perfect height of 1.8 m and weighs around 78 kg. She also has inked several tattoos on her body. She tattoos on her side oblique area with a long text dedicated to her mom.

Further, she has an Olympics ring at her upper back and reportedly has five more tattoos that she hasn't exposed yet. She has also posted some topless pics for ESPN body edition which are still viral among her fans. She did this because she believes that a woman can be feminine while having muscles.

What gear does Hilary Knight use?

When she was 5 years old she told her grandmother that she would be an Olympian. growing up she used to play in a boys team where she was often bullied for being the only girl. But it is clear that her time spend toughing out in her early days has paid off for the team USA Superstar.

So, when it comes to the choice of gear; what does Knight go with? She rocks Bauer 1s gloves staying true to the supreme line. Knight's stick choice varied over the years but recently she has switched over to using a Bauer ADV Stick, wrapped in a supreme graphic. Protecting her high hockey IQ is a Bauer 4500 helmet. Knight has continued to strides in the world of women's hockey and she is a leading advocate for sports growth.

Hilary Knight was born as Hilary Atwood Knight on 12th July 1989, in Palo Alto, California, the United States. She carries an American nationality and is from a white ethnical background. Further, her star sign is Cancer. She was born to James Knight and Cynthia Knights. After high school, she attended the University of Wisconsin.

Hilary Knight played the majority of her hockey career with Wisconsin. She played for the Wisconsin Badgers. In 138 matches with Wisconsin, she managed to score 128 goals and 97 assists. Following that, she was selected third overall by the Boston Blades in the 2012 CWHL Draft. She played outstandingly and managed to score 29 goals in 41 matches. She was also honored by the CWHL’s Most Valuable Player Award.

On September 25, 2015, the Boston Pride of NWHL picked her. Hilary Knight netted 15 goals, 18 assists in 17 matches with Pride. She also performed and participated in the 2010 Winter Olympics in Vancouver and the 2014 Winter Olympics in Sochi. 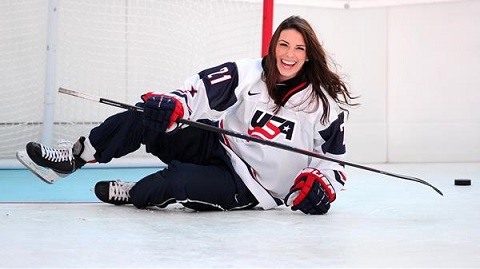