Hashmatullah Shahidi is an Afghan professional cricketer who made his ODI (One Day International) debut for Afghanistan in October 2013. Shahidi is one of the players listed to play for Afghanistan's first-ever Test match and has played the 2019 Cricket World Cup and ICC T20 World Cup.

The Afghan cricketer was born on the 4th November 1994 in the beautiful town of Logar, Afghanistan, to his parents. The young cricketer spent his childhood playing cricket in the street of Afghanistan alongside friends.

Born in Afghanistan, Shahidi was a passionate kid. Since his childhood, he loved cricket over anything. As growing older, the Afghan cricketer developed his career in cricket; the left-handed batter played the 2017-18 Ahmed Shah Abdali 4-day tournament against the Speen Ghar Region.

The Afghan left-handed batter played his second ODI series against Ireland, making 865 Runs without a six. Seeing his performance in the ODI series, later Shahidi was named in the Afghanistan squad against India for a Test match where he made his Test debut for Afghanistan. 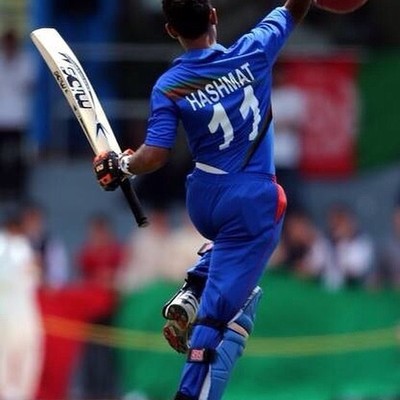 Progressively, the Afghan left-handed batter did not stop there recently. In 2021, Shahidi became the first Afghan player to score a test double hundred where he scored 200 not out in Afghanistan's first innings against Zimbabwe.

As cricket has been one of the most played sports in Afghanistan, the national team has improved a lot viewing the past results. The Afghan's captain Shahidi has been playing cricket since his childhood and has played a lot of tournaments over there.

Shahidi played the ICC World Cup 2019, so we can expect, the left-handed batter has been earning well. Compared to other teams, Afghanistan Cricket Board has been paying their players monthly, low payment. 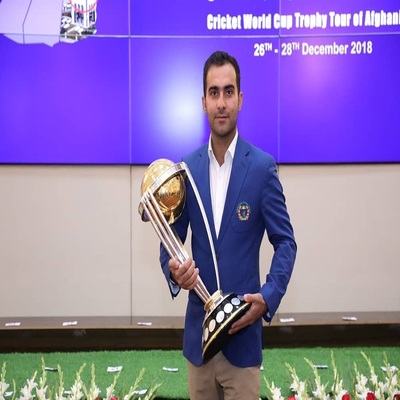 The Cricket players of Afghanistan are paid from $400-$700 while the captain and other senior players are playing a little more. So we cannot expect a large net worth from the Afghan's left-handed batter Shahidi.

The Afghan's left-handed batter is not open about his relationships. The player has always been seen focusing on his career.

However, Shahidi might be married secretly and has posted a picture with his sons during Eid. The left-handed batter is Muslim and celebrates the festival every year. 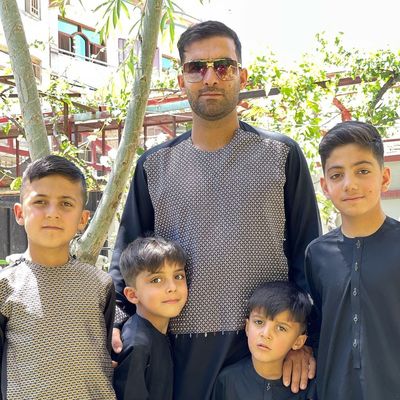 Shahidi is active on Instagram and loves sharing his family and professional life pictures. The professional cricketer's Instagram goes by hashmatshahidi followed by 57.8K followers.