Hanser Alberto is a Dominican professional baseball player who currently plays as an infielder for the Baltimore Orioles of Major League Baseball (MLB). His first professional contract was with Texas Rangers signed in November 2009 as an international free agent. Further, he made his MLB debut on May 29, 2015, playing for the Texas Rangers.

The father of two, Hanse was born on October 17, 1992, in San Francisco de Macorís, Dominican Republic. Additionally, he holds a Dominican nationality and belongs to the ethnic group of African. As per his birth details, he was born under the influence of the star sign, Libra.

Hanser who has been playing in the MLB since last five seasons has accumulated a net worth over $500,000. Currently, he is under a contract with Baltimore Orioles, signing a one year $578,000 contract on March 5, 2019. Furthermore, he is expected to earn $578,000 as an annual average salary.

The famous baseball infielder, Hanser is expected to earn $578,000 as a base salary, while carrying a total salary of $578,000 in 2019. Likewise, his first professional contract was with Texas Rangers in November 2009 through which he received $7,000 as a signing bonus.

Besides, Hanser is the 13th best-paid player of the Orioles while Chris Davis and Alex Cobb earn the highest salary from the team, having an annual average salary of $21,118,782 and $14,000,000 respectively.  Talking about his assets, he owns a Mercedes car which he often flaunts in his Instagram account.

The 26 years old Hanser Alberto is enjoying a romantic marital relationship with his wife, Olga. However, the details about lovebird's wedding are still out of reach of the media.

Together with his wife, he is parenting two adorable daughters, the youngest Hanna Marie was born on July 18, 2019, and unfortunately, excluding pictures, the details about his first daughter is still undercover.

Hanser Alberto after the birth of his second daughter, Hanna SOURCE: Instagram

Hanser expressed his happiness after the birth of his second child via social account, posting a picture in his profile captioning, "We continue to grow, and we thank God for this beautiful blessing again! “Hanna Marie” #FeMalta." 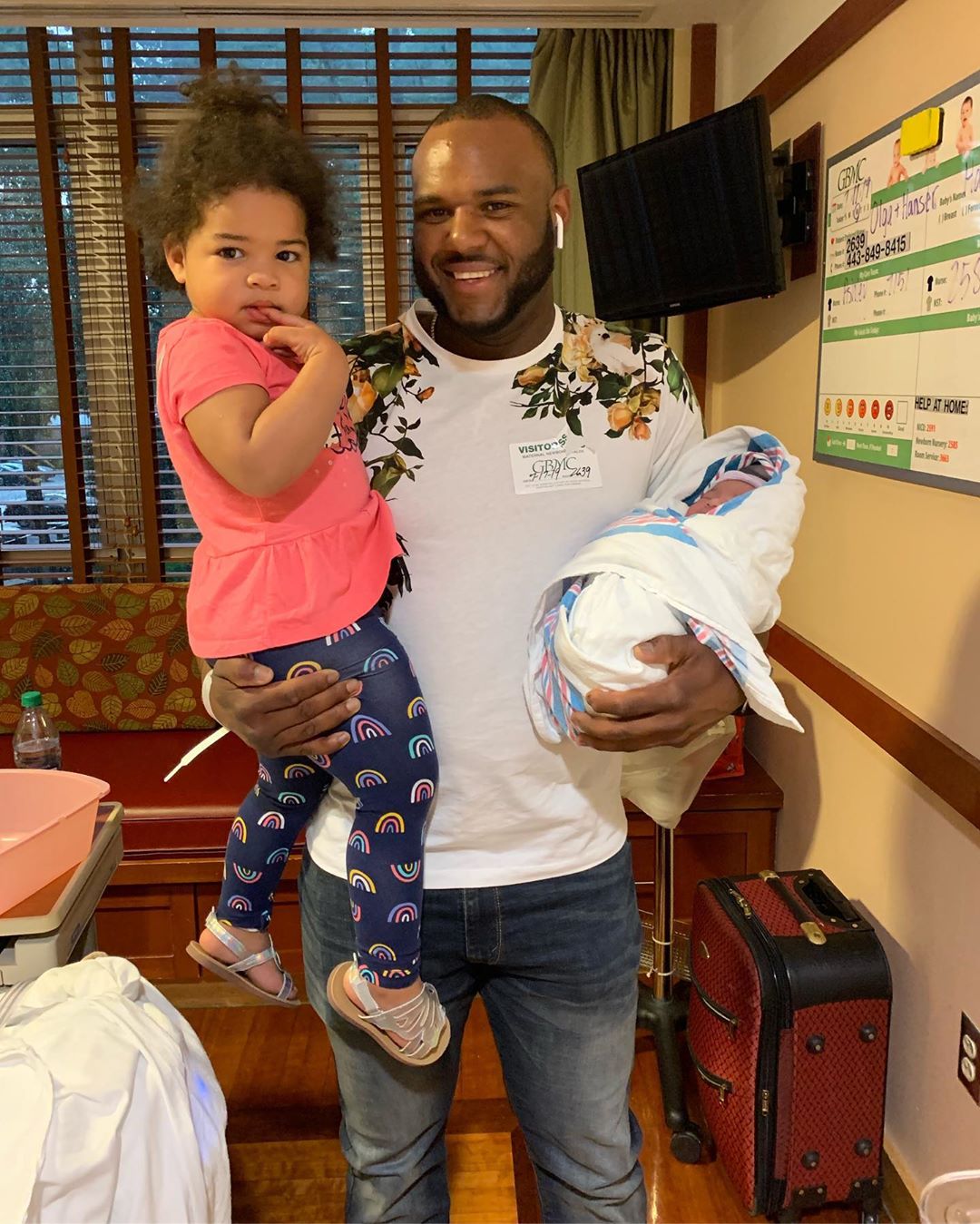 Additionally, he feels blessed to be called the father of two lovely daughters and on the occasion of father's day, he posted a picture on his Instagram account along with his daughter with the caption: " It is a Blessing for me to be able to be called father And even more to be with them to take care of them and love them. Today is our father's day in the Dominican Republic. #FeMalta #uuuuubabyyy."

Playing as an Infielder for Baltimore Orioles

Currently, Hanser is playing as an Infielder for Baltimore Orioles in Major League Baseball. Previously, he played for the Texas Rangers, starting for 2015 until 2018. His first professional contract was with Texas Rangers signed in November 2009 as an international free agent.

Further, he made his MLB debut on May 29, 2015, playing for the Texas Rangers. Currently, he is playing along with some of the famous MLB players such as Jonathan Villar, Miguel Castro, and many more.