Gulbadin Naib is a professional Cricketer from Afghanistan. A right-handed batsman who bowls right-arm fast-medium was named the team's new One Day International (ODI) captain ahead of the 2019 Cricket World Cup, by the Afghanistan Cricket Board (ACB). However, Rashid Khan was named as the new captain of the Afghanistan cricket team across all three formats.

Since Naib has already remained a captain and is one of the important figures, his annual salary is believed to be no less than $1 million. Further, his net worth in 2021 is approximately $4 million.

Reportadely Gulbadin Naib is a married man. However, there is less to no information about his wife. Seems like the cricketer prefers his personal life low key, as well as Naib's wife, does not seek any spotlight as other wags. Or, Islam man does not show their spouse face to the public. 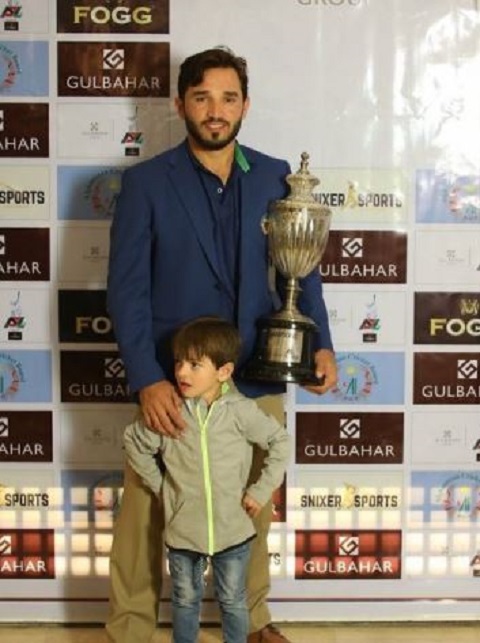 Naib and his wife are blessed with a baby boy who often appears on his official Instagram as well as on his cricket events.

In 2008, Naib made his debut for Afghanistan against Japan in the  World Cricket League Division Five. There he played five games.

He then went on to star in the documentary Out of the Ashes which followed the team's preparation for the tournament and their lives back in Afghanistan.

Later The cricketer lost his place on the Afghan side. He was named to the part of Afghanistan's squad for the 2010 Asian Games and played against Hong Kong, winning the silver medal.