Wife of famous NFL quarterback Robert Griffin III, Grete Sadeiko is an Estonian heptathlete by profession. She has represented her country Republic of Estonia in  2010 World Junior Championships and European U23 Championships and several other international events.

Grete is married to Robert Griffin III and has a daughter named Gloria. If you wish to further explore the information about her, you need to scroll down.

How much is Grete Sadeiko's Earnings? Her Net worth and Salary in 2019

Grete Sadeiko is a professional heptathlete but she hasn't won any major championships in her career. She hasn't made any considerable earnings and the details about her salary and net worth is not available yet.

Grete has played in several international and local events. She might have earned some amount of money in a prize for winning some local events and national championships.

Besides Grete, her husband Robert Griffin III is among the highest paid NFL players and his current salary is around $2 million annual;y. Robert's net worth is estimated above $25 million as of 2019 and his overall career earnings are around $30 million so far.

The endorsement deals are also one of the sources of Robert's income. In addition to the couple's financial earnings, they also own several personal assets like house and cars.

Who is Grete Sadeiko Married to? Know About Her Personal Life

Grete Sadeiko is a married woman. She tied the not with her boyfriend Robert Griffin III on 10 March 2018 and are blessed with a lovely daughter named Gloria Griffin.

Grete and Griffin started their affair in late 2016 and they were together since then. After being in an affair for some time, the couple got engaged on  13 May 2017 and after two months they welcomed their daughter in July. There aren't any disputes reported so far about their separation or divorce. 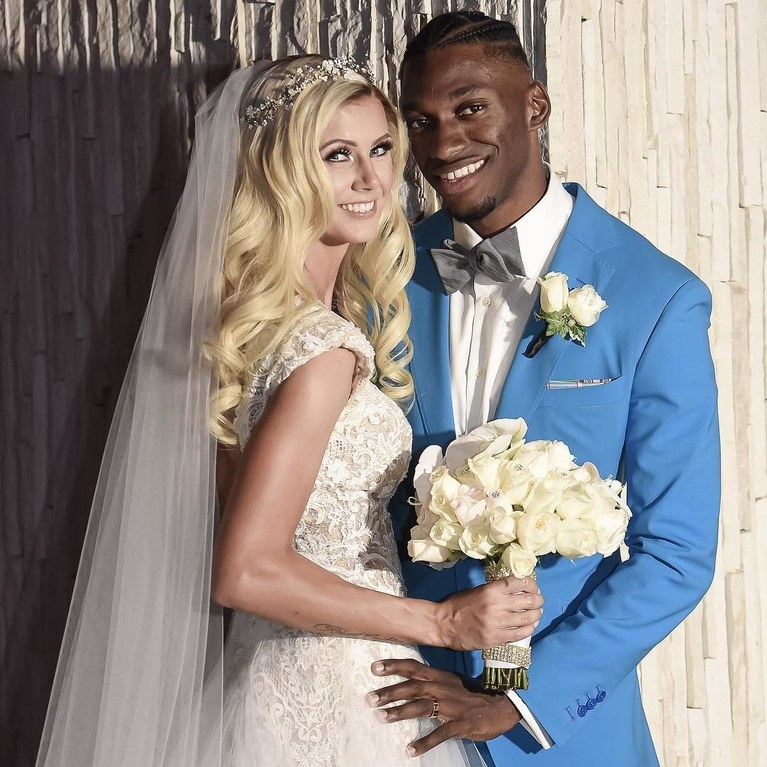 Grete is the second wife of Robert since his first spouse was Rebecca Liddicoat with whom he got married on July 6, 2013, and the couple shared a daughter born in 2015. Later on, the couple got divorced in 2016 but the reasons for their separation is still a mystery.

Grete is from a family of athletes so she got all the moral support from her family which helps her to achieve her goals easily.

Read more about wags in playerswiki.com

Robert Griffin III is a famous American football player who is currently playing as quarterback for Baltimore Ravens of the National Football League (NFL). He started his NFL career in 2012 after he was drafted by Washington Redsins. 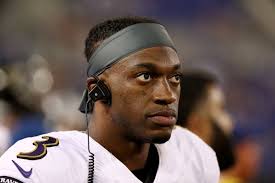 Robert has played for several NFL teams and some of them are Cleveland Browns and Washington Redskins. He has been playing football since high school days. Currently, he is listed among the top reputed players in NFL history.

Grete Sadeiko is young and gorgeous heptathlete who has a height of 1.78 m (5 ft 10 in) but her weight is still not available.

Grete Sadeiko was born on 29 May 1993, on Turi, Estonia. She is of Estonian nationality and belongs to the white ethnic group. There aren't any details disclosed regarding the parents and family of Grete. Further, she had an awesome childhood along with her sister Grit Sadeiko who is also a heptathlete player.

She attended Florida State University in 2012 for her higher education.

Do you want to know about Ellie Harvey's relationship with golfer Jason Day?

Grete Sadeiko is a heptathlete who is representing her country Republic of Estonia in several international events. She has participated in the 2010 World Junior Championships which was held in Moncton, Canada where she ranked no.4. 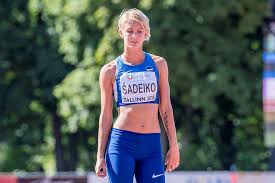