Ellie Harvey Day is a wife of an Australian professional golfer and PGA Tour member Jason Day who was ranked World Number 1 in the World Golf Ranking in September 2015. Ellie claims to be the number one fan of her husband Jason.

Details about Ellie Harvey is not available, however, her husband Jason is estimated to have the net worth of $40 million.

Ellie Harvey is not employed and also not engaged in any endeavor that would bring her income. But her husband who won PGA Championship in 2015 has a net worth of $40 million.

He also has sponsors like Adidas, Concur, Lexus, NetJets, RBC, Rolex, TaylorMade and Zurich from which he earns a lot. So we can guess that Ellie is not in the scarcity of resources for living.

Ellie wanted to buy a house about 60 acres in Westerville so that she could be closer to her family. She did buy a house but of 5 acres only. She says she compromised on buying a house occupying smaller area because of her husband Jason.

Ellie Harvey is married to Jason Day, who is a professional golfer and a PGA Tour member. Ellie and Jason Day met when Ellie was working as a waitress in Mavis Winkle’s Irish Pub in Twinsburg in 2005. They did not see each other for two years after the first meeting. 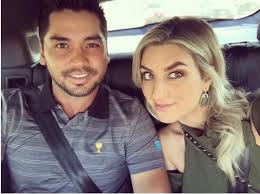 After two years they started dating and dated for a few years and then they got married on October 3, 2009, in the town of Lucas, Ohio.

Ellie Harvey currently lives in Lucas, Ohio with her family, and they have two kids a son and a daughter. Their son Dash James Day was born on July 1st, 2012 and their daughter Lucy Adenil was born on November 2015. 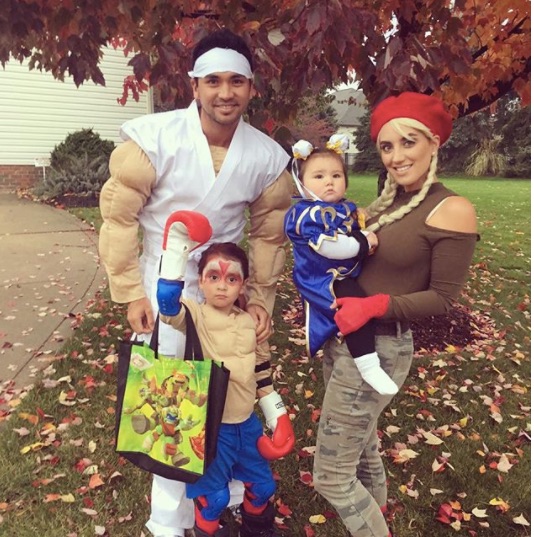 On 2015 she was admitted to hospital for injury because while they were watching a basketball game, a player accidentally lost his balance and crashed almost directly on top of Ellie and she tumbled to the ground.

Ellie Harvey was also listed as the most attractive sports stars’ female counterparts in 2013. She is active on social media having 26.6k followers on Twitter and 27.7k followers on Instagram.

Ellie Harvey Day was born on April 30, 1986, in Lucas, Ohio, the United States to Tom Harvey and Lucy Sanchez Knapp. She holds an American nationality and belongs to the White ethnic group. Further, Ellie Harvey Day grew up with her brother named Clark Harvey.

Ellie Harvey is not engaged in any business and she currently is not doing any work. She spends time going to PGA Tour with her husband. She also occasionally takes part in the PGA Tour Wives event.

Some more biographies of players and their wags are available at Playerswiki.com.