Rafael Campos is a Puerto Rican golfer who plays in the PGA. Turned professional in 2011, he competed in PGA Tour Latinoamerica and Korn Ferry Tour. He finished his collegiate career playing for Virginia Commonwealth University.

San Juan, Puerto Rico native, Rafael Campos was born on 15th April 1988, under the star sign Aries. He has a twin sister, Cristina, and an elder and younger brother. Started golfing at the age of nine, he claims to be a Ping Pong player. In 2010, he graduated with a degree in business. The thirty-two years old holds a Puerto Rican nationality. Further, he stands 5 ft, 10 in tall, and weighs 210 lbs.

As a matter of fact, professional golfers are paid a percentage of the purse for each tournament they play in and finish in the money. Like other athletes, the golfer has sponsorship and endorsements as well. 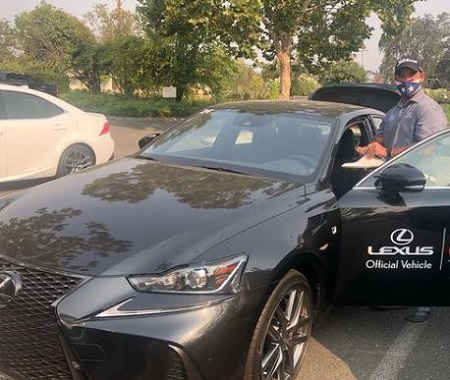 To date, Rafael Campos has summoned $1,393,455 from his decade-long golf career. Besides, he earns much from his sponsorship and endorsement deals. As of 2022, his net worth is approximately $1 million.

Rafael Campos is married to his long-time girlfriend, Stephanie Casanova. The couple got engaged in December 2019. Though they did not flaunt much of their engagement glimpse that time, a year later they celebrated their 1 years grand.

Also, they gave each other IG shoutout, Casanova with a caption, "A year ago at this time I did not know that the day would end #engaged It has been an extremely different and unimaginable year, but what I am sure of every day more and more is that I want to spend the rest of my life with you." Further, she announced their wedding. 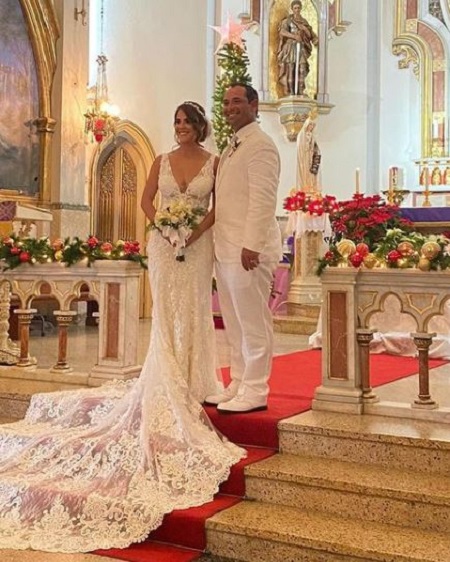 In December 2020, the couple tied the knot in an intimate ceremony due to COVID-19 Pandemic.

Rafael Camp started his tennis career professionally in January 2011. In his debut season, he had top-10s in eight starts on the Tour de las Americas to finish No. 52 in the Order of Merit. Further, he made the cut in one of two starts on the Korn Ferry Tour.

In 2012, he finished the inaugural season of PGA TOUR Latinoamerica, ranking No. 14 in the Order of Merit. That season he had three top-10 finishes, five top-25 finishes, and eight cuts made in ten starts.

Rafael's fourth career season on PGA TOUR Latinoamerica was his biggest as a professional in 2015, where he compiled two runner-up finishes, five top-10s, and nine top-25s in 17 starts. He was the only player ranked inside the top-5 without a single win.

In 2018, Rafael made 25 starts on the Korn Ferry Tour, recording two top-10 finishes in 14 made cuts, including a runner-up at the Panama Championship. In 2019, he won his first Korn Ferry Tour title at The Bahamas Great Abaco Classic at The Abaco Club. Further, He earned PGA TOUR membership by finishing No. 18 on the Korn Ferry.