Georgia Hall was born Georgia Kelly Hall on April 12, 1996, in Bournemouth, England. She is the daughter of Wayne Hall and his wife. Georgia is very much private regarding her family and her siblings. Her father worked as a caddie in her initial days. Georgia stands five feet and seven inches tall and weighs 55 kg.

Georgia is very much early in her career. Hall has an estimated net worth of more than $1.5 Million. She has accumulated most of her worth as her prize money from the golf events and her sponsors. A golf player earns as per his/her score at the final of the event. Also, they take home a handsome amount through sponsorship and advertising deals. 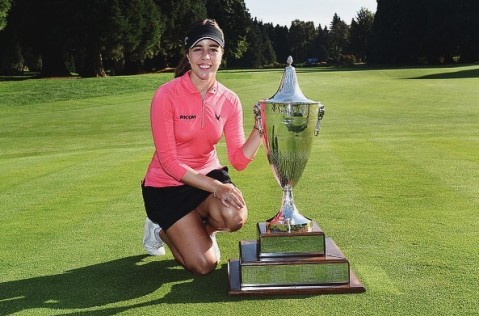 Georgia shares a photo with her title SOURCE: Golf Digest

Georgia earned $837,678 in her rookie year at the LPGA tour. She played in nineteen events, made cuts in fifteen of them, and became a Rolex First-Time Winner at the Ricoh Women's British Open. In 2019, She crossed her million earning marks when she made $403,490 from twenty-four events. Last season, The English player played just twelve events and earned $444,563 from eleven cuts.

Who is Georgia Hall Dating? Know About Her Boyfriend

Georgia is an active social media user and is very much open about her relationship status. She is involved in a romantic relationship with her longtime boyfriend, Harry Tyrrell. The love birds have been together for more than three years. They have not shared about their first meeting experience in public. 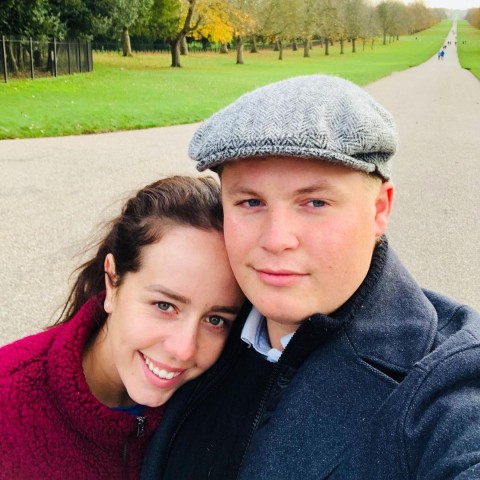 Georgia is dating her boyfriend, Harry, since 2018 SOURCE: [email protected]

Harry currently works as a caddie for his girlfriend, Georgia. The duo keeps traveling around the globe for golf events and their private vacations. Both of them seem to be very much supportive of each other.

Georgia started playing golf from a very early age at Canford Magna Golf Club. She won Girls Amateur Championship in 2012 and two gold medals at the 2013 Australian Youth Olympic Festival. Georgia turned professional in 2014 and started with the LET Access series. In 2016, Hall won her first professional event at the Oates Victorian Open. In 2018, The English golfer got her breakthrough after winning the Women's British Open and making it into the LPGA events.

In 2020, Several events got canceled due to the COVID pandemic, but Georgia won two more titles including Cambia Portland Classic in the LPGA Tour and the Rose Ladies Series.