Gaby Lopez is a well-known Mexican professional golf player. She was the individual runner-up at the 2015 NCAA Division I Championship for the University of Arkansas. Gaby has been playing at the professional level since 2015 and has won two major titles at the LPGA Tours. Lopez finished T9 in the 2020 Women's PGA Championships.

Gaby Lopez was born Maria Gabriela Lopez Butron on November 9, 1993, in Mexico. She came to the limelight only after her successful career and has not shared a word about her early life and her parents. After graduating from High School, She enrolled at the University of Arkansas, where she played for the university golf team. Talking about her physical appearance, Lopez stands five feet and six inches tall and weighs 58 kgs.

How Rich is Gaby Lopez? Know About Her Net Worth, Career Earnings, and Prize Money

Gaby Lopez has an estimated net worth of more than $2 Million. Gaby has been earning in six-figures as her prize money. The golfer is among the highest-earning golfers in LPGA from Mexico.

Lopez has been earning millions from her sponsors like Titleist, Stephens, Telcel, AeroMexico, Punta Mita, and a few more. 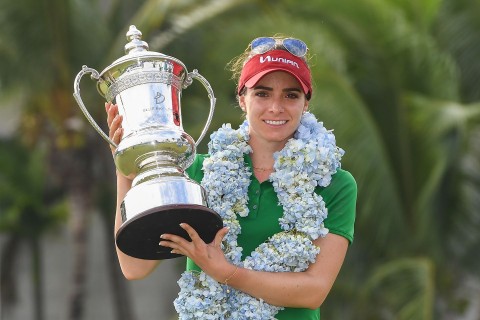 Gaby started her rookie year at the LPGA in 2016 and made $327,000 in the year. In the following season, she made more than $283,000 from twenty-eight events. In the 2018 season, the Mexican golfer earned $523,000 from just twenty-four events. He crossed his million mark in career earnings and became a Rolex First-Time Winner with her win at the Blue Bay LPGA.

In 2019, Lopez made $507,000 from twelve events. She had a career-best five top-10s. Last season, Gaby made $370,000 when she earned her second career victory with a seven-hole playoff win at the Diamond Resorts Tournament of Champions.

Gaby is an active social media user. She keeps posting photos and videos of her along with several people. Following her posts, She seems to be living a happy life with her boyfriend, Santiago Carranza. The love birds have been dating each other for more than three years. Both of them seem to be very much supportive of each other. 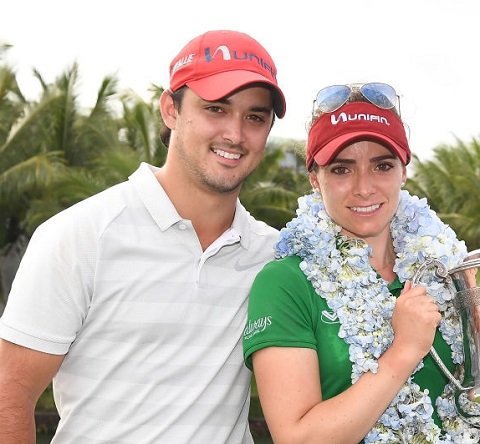 Gaby's boyfriend Santiago is the founder of ABX Tour, Golf analytics for the LPGA Tour. Her boyfriend supports her a lot in her career.

Gaby Lopez started playing golf from a very early age. She came into the limelight in 2010 after winning Callaway Junior World, Mayakoba Junior Classic. In her amateur career, Lopez won numerous events. She was also the  2015 NCAA Division I Championship for the University of Arkansas. Gaby turned professional in 2015 and made her LPGA debut in 2016.

Gaby also played for the 2016 Summer Olympics. Lopez won her first major title in the 2018 LPGA Tour wins at Blue Bay LPGA. Then in 2020, She won her second title at the Diamond Resorts Tournament of Champions. The same year, the Mexican golfer finished T9 in Women's PGA Championship.