Carlos Ortiz is a well-known Mexican professional golfer. He has been playing professional golf since 2013 and competes in the PGA and Web.com Tour. In his seven years of professional career, Ortiz has won four major events: one PGA Tour and Three Korn Ferry Tour. The golfer recently won the 2020 Vivint Houston Open on the PGA Tour.

Carlos Ortiz was born on April 24, 1991, in Guadalajara, Jalisco. He is among the two children born to his parents. Carlos has a younger brother named Alvaro, an amateur golfer who represented Mexico in the Eisenhower Trophy in 2016 and 2018. Talking about his physical appearance, Carlos is six feet tall and weighs 68 kgs

Carlos Ortiz has an estimated net worth of more than $5 Million. He credits most of his net worth to his successful career in golf. In the 2019/20 season, Carlos earned $160,000 as of the Bonus Earnings from Tour Championship. 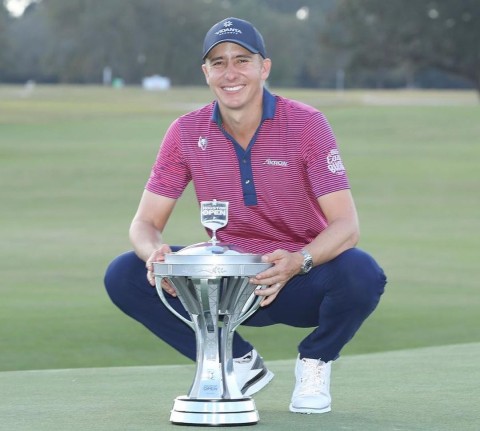 Carlos earned $12,000 in his Rookie year. In the following season, Ortiz took home $964,127 from 30 events he played where he made cuts in 20 events. Last season, the Mexican golf player made $1.6 Million when he made cuts in 14 events out of 22 events, he played. In the ongoing season, Carlos has already earned $1.7 Million from 10 events. He has won a series and made into the top 10 in 2 events.

Married Life of Carlos Ortiz; Does he have Children

Carlos is a married man living a happy married life along with his wife and their two children. Carlos tied his wedding knot with Haley Ortiz in 2017 , Nuevo Vallarta, Mexico. The love birds had been dating each other for sometime before exchanging their wedding vows. 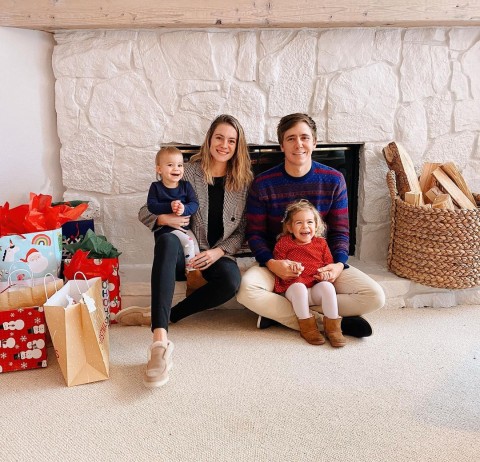 Carlos with his wife and their children SOURCE: [email protected]

Soon after the wedding, the duo welcomed their first child, a daughter, Sofia Isabel Ortiz. In 2019, The family of three extended to four after welcoming their second child. Carlos loves to spend his free time with his children and his family.

Carlos started playing professional golf after graduating from his University. During his University days, Carlos was part of the 2011 Summer Universiafe bronze medal winning team.  He played in the Mexican team at the 2010 Eisenhower Trophy and again in 2012 where Mexico were runners-up. The golf player made his professional debut in Web.com Tour of 2014 after finishing the qualifying round in T-15.

Ortiz won his first tour at the Panama Claro Championship in 2014. At the end of the season, He won his second tour at  the El Bosque Mexico Championship and moved inside the top 200 in the Official World Golf Ranking. In 2014/15 season, Carlos was the Web.com Tour Player of the Year. The Mexican golfer, Carlos played his first PGA Tour in 2016 and had a season-best finish of T9 at the OHL Classic at Mayakoba.

Carlos won his first PGA Tour event at the Vivint Houston Open in November 2020 becoming the only third Mexican player to win PGA Tour. After this win, Ortiz qualified for the 2021 Masters. He is ranked at no. 45 in Early 2021 by World Golf Rankig.