Fernando Gabriel Tatís Medina a.k.a Fernando Tatis Jr is a Dominican professional baseball shortstop currently signed to the San Diego Padres of Major League Baseball (MLB). Originally, he was signed by the Chicago White Sox as an international free agent from the Dominican Prospect League and later played in the minor leagues.

Nicknamed "El Nino", Fernando Tatis Jr. has summoned a decent sum of money through his career in MLB. As of 2020, his net worth is approximately $1 million.

Besides, the MLB star is sponsored by German luxury vehicles and motorcycles multinational company BMW.

Most of the hunk in IG flaunts their girlfriend pictures but not San Diego Padres – No. 23 shortstop who is a mama's boy. Fernando often shares adorable pictures with his mom. 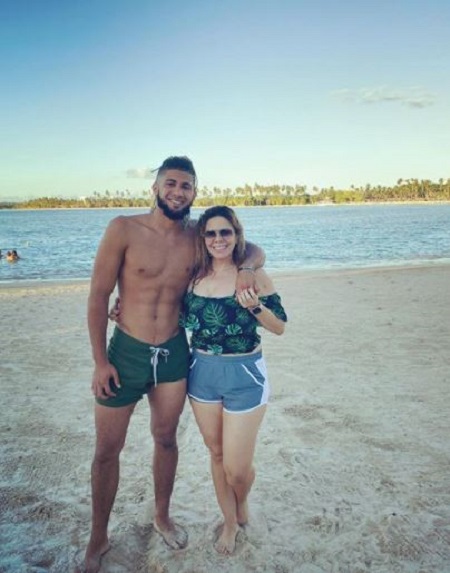 A matter of fact, Fernando is yet to come out with his love story. It is still unknown if he is single or in a relationship. But scrolling through his IG where he has not shared a single picture with his any lady (except his mom), Fernando is believed to be single.

Fernando was born to Maria and Fernando Sr. His father is a former MLB player who played third base in the major leagues from 1997 to 2010 and is known Tatís is best known for his two-grand slam game. Tatis Jr. learned English as a second language at school and got to practice it in the States on his summer trips to follow his dad around the big leagues.

Further, he has a younger brother, Elijah, who is an infielder in the Chicago White Sox organization, signed in 2019.