Farveez Maharoof is a Sri Lankan professional cricketer whose skills have been loved by many people. He is an all-rounder who has maintained his place in the Sri Lankan team for a long time. Besides, he has represented the Sri Lankan teams at various levels like U-15, U-17 and U-19. In the 2004 Champions trophy, Maharoof gave his best and performed in an impressive way.

Apart from that, Maharoof is also a domestic player who has played for multiple domestic teams such as Delhi Daredevils, Lancashire, and Wayamba. Further, Maharoof made his international debut in the third match of their Zimbabwe tour in the year 2004. In the year 2008, the Castrol Asian Cricket Awards was held in which Maharoof was named the best ODI Asian bowler.

Mohamed Farveez Maharoof was born on September 7, 1984, in Colombo, Sri Lanka, to his parents. Maharoof grew up in a superior family, but he has kept their details a secret. Besides, he was a passionate sportsperson from an early age. 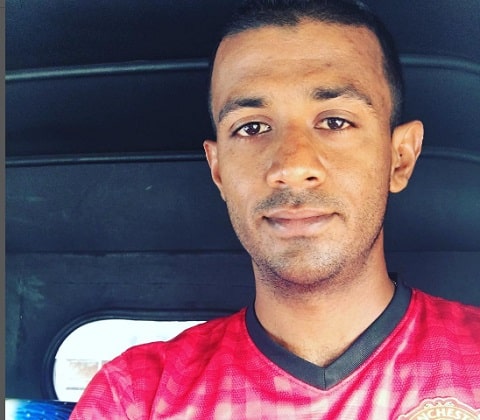 So, he enjoyed a prolific school career at Wesley College. The Colombo native began playing cricket just at the age of 8. Apart from playing cricket, he was also interested in other sports. So, Maharoof played football until he was twelve and touched rugby.

During his time at Wesley College, Maharoof started playing as a wicketkeeper-batsman. In December 2003 and January 2004, he also toured India with the Sri Lanka A team for a tri-series with India A and Pakistan A. During that period, Maharoof was just 19 years old.

As we know, he is one of the most important players on his team, and he was also appointed as the captain of the Sri Lanka Under-19s that participated in the Under-19 World Cup. In the same tournament, he gave an outstanding performance in a match against Australia in which he was also named Man of the Match. 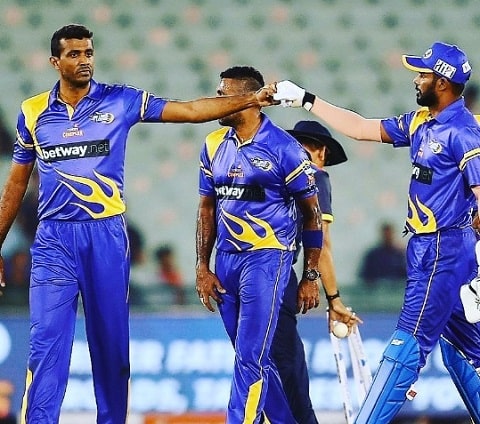 On August 17, 2004, Maharoof made his Twenty20 debut at Bloomfield Cricket and Athletic Club in the 2004 SLC Twenty20 Tournament. Talking about his domestic career, Maharoof has appeared in many IPL games. In the 2008 IPL, he played for the team of Delhi Daredevils. In the 2008 IPL, Maharoof was also named in the Cricinfo IPL XI.

And in the year 2011, he joined Lancashire County Cricket Club for the entire English cricket season. On April 20 of the same year, he made his first-class debut for the team. Furthermore, Maharoof also participated in Premier Limited Overs Tournament, and he was the leading run scorer in the 2011-12 season.

In addition to that, he has domestically played for Nondescripts Cricket Club, Wayamba, Lancashire, Barisal Burners, and Kathmandu Kings XI. Moreover, Maharoof also participated in some national and international games representing his country. In July and August 2005, he also hosted the Indian Oil Cup.

Besides that, he was also included in the Sri Lankan squad that toured India from October to December 2005 for three Tests and seven ODIs, where he played in six of the seven ODIs. And Maharoof took his first hat-trick on June 22, 2010, in One day International against India in Asia Cup 2010.

Maharoof Salary and Net Worth

Maharoof is a professional cricket player who makes a good amount of money. Category A is the highest income group in Sri Lanka, where salary ranges from $60,000- $100,000. So, Maharoof is one of the most important players on his team. From this, it can be said that he may earn in the same range.

Apart from that, he has also played in multiple domestic games from where he may have earned a fair sum of money. According to Salary Sport, he had a salary of £102,069.45 while playing for Delhi Daredevils in the IPL. On the other hand, his IG bio shows that he is also an entrepreneur. 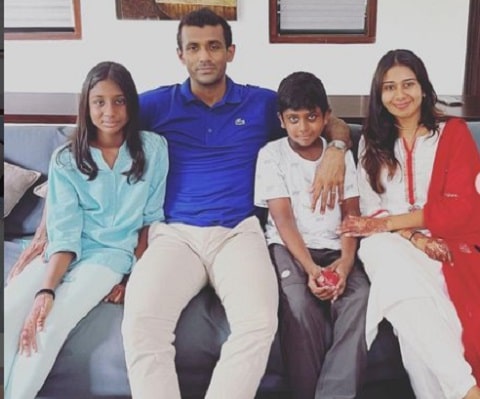 So, Maharoof may earn money from business too. Mahroof also serves as the director of Footsteps Preschool. In addition to that, he is also the brand ambassador of ZERO Xcuses and A2 CRICKET. So, working with multiple brands, Maharoof may be taking a good charge which may have helped his net worth to be a million dollars.

Relationship: Take A Look At His Married Life

Talking about his personal life, Maharoof is a married man. He and his loving wife, Hasna Maharoof, exchanged their wedding vows on July 18, 2009. The pair's wedding ceremony was held in Colombo, Sri Lanka, in the presence of their family and relatives.

Since then, they have been supporting each other in every step of their career. Recently, the duo celebrated their 13 years of wedding anniversary, and the professional cricketer also posted an image with his wife on his Instagram account. 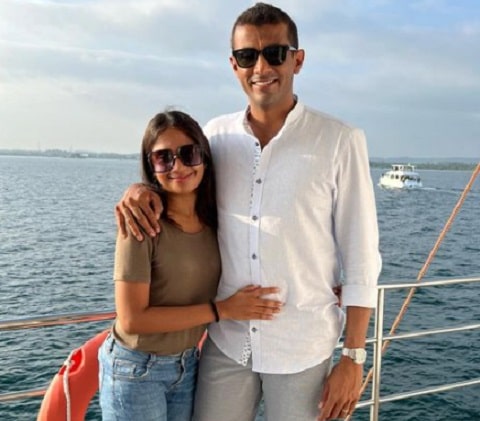 Being married for over a decade, Farveez and Hasna are also the parents of two kids. They are endowed with two children, a son and a daughter, but their names are missing from the web. Meanwhile, Maharoof is a family person who spends quality time with his family members during his spare time and also shares special moments from his social media accounts.

Farveez Maharoof is fond of using social media sites, and he keeps updated about his personal and professional life with his followers. Maharoof is a verified Instagram user whose username is @farveez. As of July 2022, he has collected more than 38.2k followers.

Apart from that, he has been using Twitter since April 2010. Not only that, but Maharoof has also created a Facebook page where he has amassed massive fan followings. Furthermore, Maharoof's all social media sites are verified.