An English professional darts player Fallon Sherrock is the first woman to win a match at the PDC World Championship. Further, she was a runner up at the 2015 BDO World Darts Championship.

Her five years old son, Rory, and her dad Steve, an electrician, was in the audience to see his daughter making history at PDC World Champion.

Hairdresser-turned-dart-player, Fallon Sherrock, was born on 1 July 1994, under the star sign Cancer. Buckinghamshire, England native, she holds an English nationality and is of Caucasian ethnicity.

How Much Is Fallon Sherrock's Prize Money? 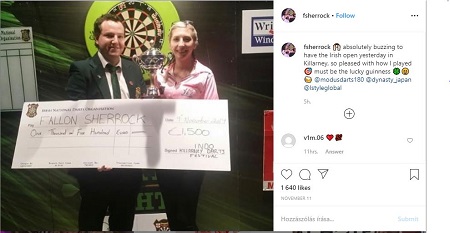 Apart, she earns a decent sum from her sponsorship deal with LstyleEurope and DYNASTY_JAPAN.

With the growing popularity of darts, the darts player earns $67,000 per annum on average. However, the overall pay will depend on numerous factors, including the player’s experience and their ability to win consistently. Matter of fact, the prize money, and visibility for women are far less than for men.

Besides, she owns a modest two-bedroom home. Nevertheless, her exact figure of net worth is under review.

In 2014, Sherrock gave birth to a son, Rory. It seems like; the dart player is a single mother.

In an interview with Good Morning Britain, she shared her plans to auction off her board to collect money for the National Autistic Society, which helps to support her son, who has autism.

However, she is yet to disclose the father of his son. Other than that, her fans are curious to know her relationship status. 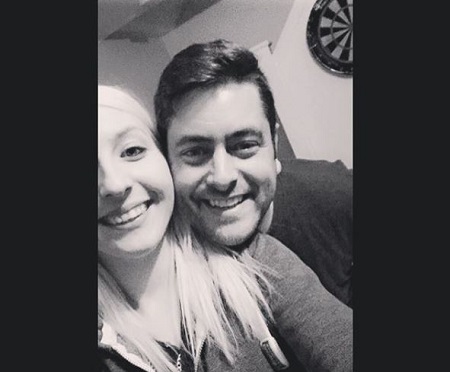 Scrolling through her Instagram, she has shared lots of photographs with a man named Ash Khayat during 2016. However, the hunk is nowhere to be found on her recent updates. The duo might be dating, but none of them has openly talked about their relationship.

In 2014, Sherrock discovered with kidney disease six months after she had her first child. Her medication left her with a 'moon face' which invited cruel comments from trolls during the 2017 BDO World Championships. 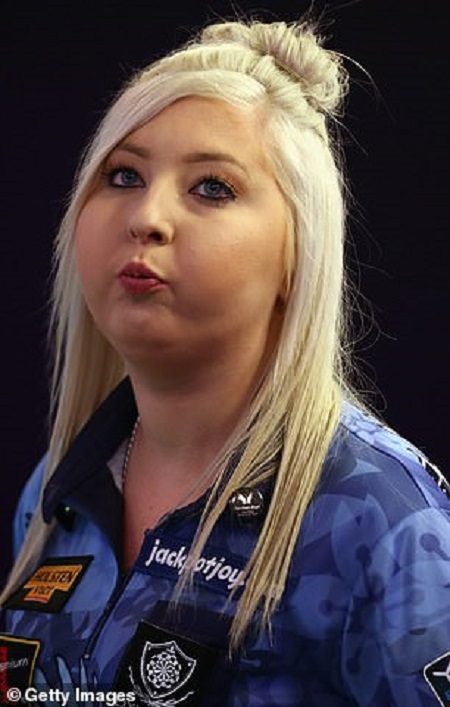 CAPTION: Medication she took left her with a 'moon face' SOURCE: Daily Mail

She said, "When I played in the BDO worlds on TV, I received a lot of criticism for how I looked.' If I saw negative comments, I tried to look past them. I'm not going to dwell on what someone has said if it doesn't affect my life. I think that attitude helps to strengthen my character."

Fallon grew up alongside her twin sister Felicia, who also plays darts. The sisters represented England in the human and pet competition at the WWF Europe Cup Youth in 2011.

At the age of sixteen, Sherrock started playing dart and eventually got picked for the England youth team the following year. She became the 2011 WDF World Cup 2011 Girls Singles Champion.

The next year she would win the Girls World Masters and the Women’s Jersey Open. 2015, she subsequently reached the final of the women’s BDO World Darts Championship, aged just 20.